The latest Pixel feature drop feels a little like a .x release of old — it packs many new features that we initially thought were slated for Android 11. The update includes additions like quick access to your digital wallet via the power menu, dark theme scheduling, and improved Motion Sense gestures for the Pixel 4, but there are also many smaller changes that aren't obvious at first sight. One of these is the Pixel Launcher's ability to automatically name folders based on which apps are in them.

To invoke the feature, simply drag and drop an app onto another. When you have the update, the resulting folder should be named automatically. For messaging apps, you'll get something like "messages" or "chats," while pairing a to-do app like TickTick with Google Keep creates a folder named "productivity." It even works with specific combinations like YouTube and YouTube Kids that make a folder called "youtube." Sometimes the feature won't do its job, though. When I tried to combine my local public transport app Jelbi and Google Maps, I didn't get a suggestion. Putting completely unrelated applications like Duolingo and Audible into one folder won't give it an automatic name, either.

For some reason, the launcher doesn't capitalize the folder names. While I can imagine that some people aren't bothered by that, it seems like quite an oversight. Let's hope Google adds that functionality later on, because right now, most of us will still have to adjust the name after creating a folder, making the automatic process feel unfinished. Apple nailed this right away on iOS, and it doesn't seem too difficult to implement. 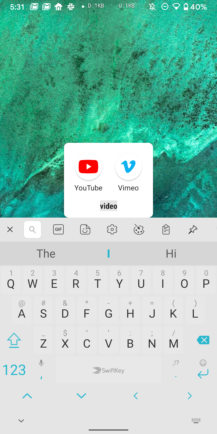 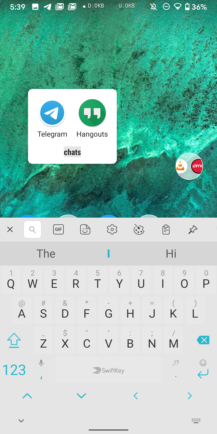 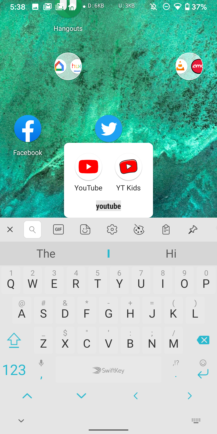 In contrast to many others, this update isn't a server-side A/B test — you can get the automatic suggestions right away by downloading the latest version of the Pixel Launcher from APK Mirror. We can confirm it's working on a Pixel 3XL that isn't updated to the March security patch, so it should be possible to install it on any Pixel phone that doesn't have the latest Android 10 system update. The APK doesn't update the launcher on Android 11, though, so don't try to put it on your handset if you're already on the developer preview.

According to Lawnchair developer Till Kottmann, there are even more goodies hidden in this release. In the future, local search will also take an application's keyword data from the Play Store into account. That means that if you're typing in "YouTube," you'll also see YouTube Music as a result alongside YouTube, even though it's technically called "YT music" on your phone. With apps like Chrome, this could lead to problems, though: Since the browser is called "Google Chrome: Fast & Secure" on the Play Store, you'll find it by searching for "fast" on your phone, potentially cluttering your results with unintended matches. 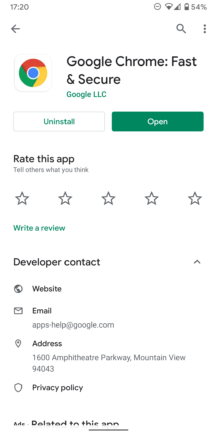 The functionality is currently hidden in the Pixel Launcher's developer settings and needs to be activated via a flag.