You might have seen the news earlier today that you can jailbreak an iPhone with an Android phone, but that's just the start. "Project Sandcastle" builds on years of development to promise even more: running Android itself on an iPhone. For now, the project is in "beta" (more like pre-pre-alpha, given the current limitations), and just a single Apple device is compatible, but it's a start.

Right now, Project Sandcastle's version of Android only works for the iPhone 7 and 7+, and even then, there's a pile of limitations. The GPU, audio output, cellular modem, Bluetooth, and camera explicitly do not work, and there are probably tons of other issues when it comes to things like battery life and performance. It's a minor miracle it works at all, so stability issues aren't only to be expected, they're a certainty at this stage. System storage is even just read-only right now due to experimental APFS support — this is a very early release. 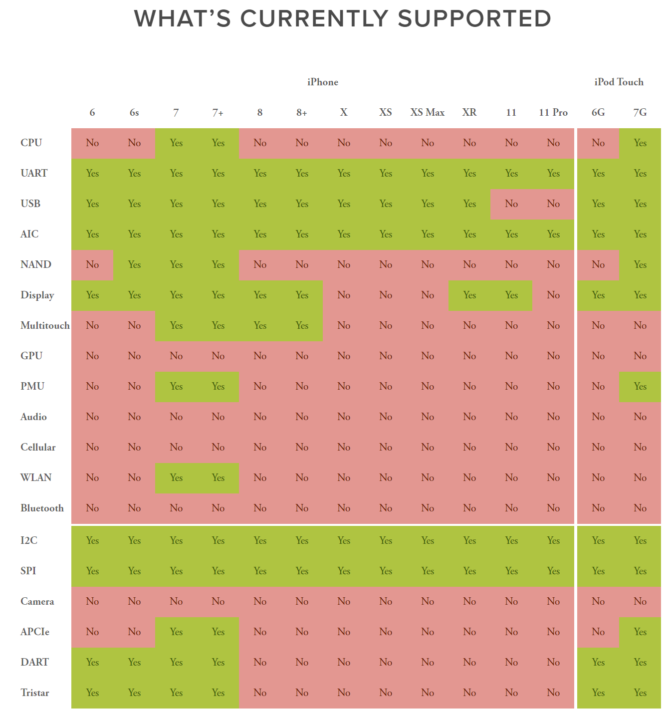 Table of supported iPhones and what works/doesn't in Project Sandcastle for each.

Although we don't have an iPhone 7 on-hand for testing, this version of Android isn't entirely stock. Project Sandcastle's developers saw fit to customize it with OpenLauncher (we assume this one) and the Signal messaging app.

Long-time tech blog readers probably remember that this isn't the first time that Android has been brought to iPhone shores, either. Efforts date all the way back to 2010 (if not earlier), with a version even ported to the original iPhone 2G. In fact, Project Sandcastle's founders are some of the same folks behind that effort. If you're curious to know more about the storied 13-year history, the project has a nice write-up on the subject from a technical perspective — if talking about the Linux kernel, page sizes, and the apparent magic of Corellium's virtualization doesn't scare you off.

A video demonstration, courtesy of Forbes.

If and when we can get our hands on an iPhone 7, we'll be sure to let you know more about what it's like.

Resso is a new music streaming app from the makers of TikTok, arriving now in India