Stadia has progressed quite a bit since it the invites started flowing to early adopters, but many people still say it feels very incomplete. Many standard features are still missing, the game library isn't very expansive, and it still hasn't fulfilled some of the core promises — playable on Android TV, anyone? Nevertheless, the Stadia team can (partially) cross off one of the features users have been expecting: access to screenshots and videos.

Sharing screenshots and clips of gameplay are part of gaming culture. At launch, Stadia actually did allow players to capture their gameplay, but strangely offered no way to share or download those moments. The smartphone app allowed users to view and and delete their captures, which allowed people to work around the limitation by taking screenshots, but that's obviously not going to have the best quality or result in a good experience. 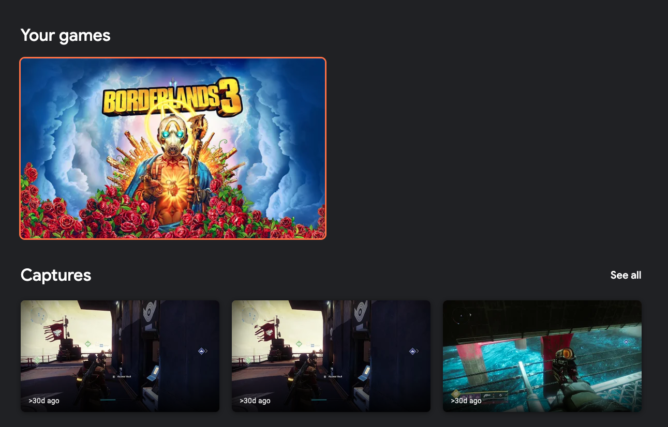 As of today, Stadia has opened up the ability to do more with your captures, albeit still very limited. If you open up the web interface (and are a member), you can now scroll down to the bottom of the page to find a list of your recent captures. There's also a link to see all of your captures in reverse chronological order. (Yup, all of mine are leftovers from accidental screengrabs...) 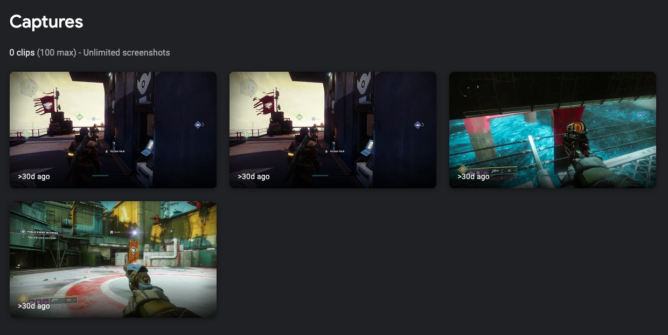 Tap on any one of the thumbnails to open a full screen preview. You can find a download button in the top right that At the top right corner, you'll find buttons to delete the capture or download it at the original resolution. 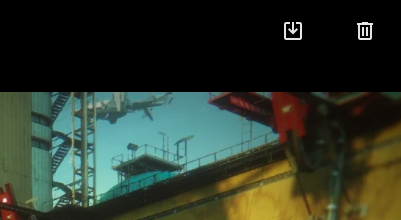 The implementation still isn't very rich. There's no way to share the image directly to social networks or image hosting sites, and the interface is missing little conveniences like using arrow keys to cycle from one image to the next. Nevertheless, it's a starting point.

At the moment, the latest version of the Android app still appears to provide the old interface, which only supports deleting the capture. But it's likely this will be resolved with the next app update.