Just last week, Google announced that several games in the SteamWorld series were making their way to Stadia — with Dig 2 and Quest being Pro freebies upon launch. Turns out that's happening sooner than expected: SteamWorld Dig 2 and SteamWorld Quest will be Stadia Pro's free games in March, along with racing sim Grid.

This will be the first month since launch Stadia has offered three free Pro games — historically, it's been two per month. The trio will join four other free games including Destiny 2, Metro Exodus, and Gylt, among others (Farming Simulator 19 is leaving at the end of February). Seven games is currently a substantial chunk of Stadia's library; the service will need to pick up the pace with new releases if it plans to continue offering new free games every month.

Spitlings, a colorful action-arcade indie title with local four-person multiplayer, also launches on Stadia today. The game is a "First on Stadia" title, meaning it's a timed exclusive that could eventually make its way to other platforms. It's $14.99.

Just as promised, March 1st has rolled around, and all three titles are free for Stadia Pro subscribers. You can claim them from the Stadia Store. 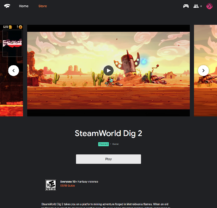 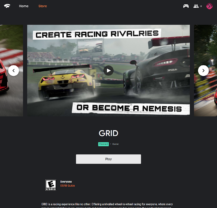 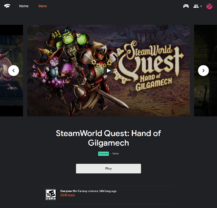 Cortana will soon be removed from the Microsoft Launcher