When you search for any celebrity's name on Google, you first see a special card with several of their details. If you do that for a regular person, you're not going to get anything beyond the regular search results: their Twitter, Facebook, Instagram, website, and other articles mentioning them. This is about to change as Google is getting ready to roll out customizable public profile cards for users.

The idea behind the cards isn't new. Google+ let everyone personalize their user profile with all the info they wanted to share, but it's been dead for non-business users for nearly a year now. Google also lets you fill out an "About Me" page that it surfaces to people you communicate with on Gmail or Hangouts, as well as when you share content on YouTube and Google Play. 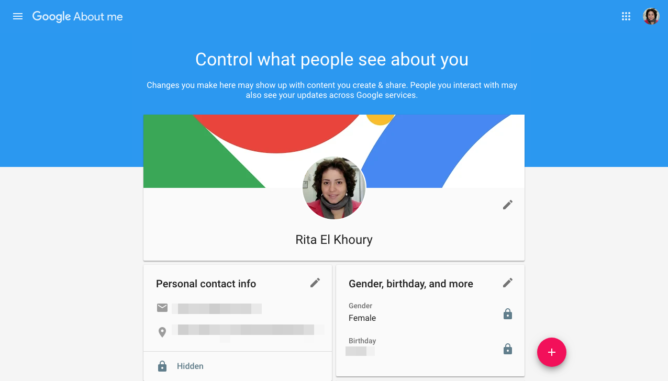 The existing About Me page at aboutme.google.com.

The new Google Search profile cards appear to be different and, obviously, way more public. There's no interaction necessary: Anyone can simply search for your name and get the info you choose to share. This lets you partly control how the world sees you. It won't erase any search results — they'll still show up below it — but you'll be able to provide a bit more context and your own narrative.

The cards aren't live yet for us. We discovered their existence through three recently-published Google Search support pages (linked below). Those detail how you can find someone and report an issue with a card, as well as how to create and edit your own card.

According to the documentation, you need to be on a mobile device (Android or iPhone), with the mobile browser or Google app, and you have to sign in to a personal account (unfortunately, that seems to mean that G Suite accounts won't be allowed access). Then you either search for your name or search for "add me to google" or "edit my search result." The option to create your card will be on top. 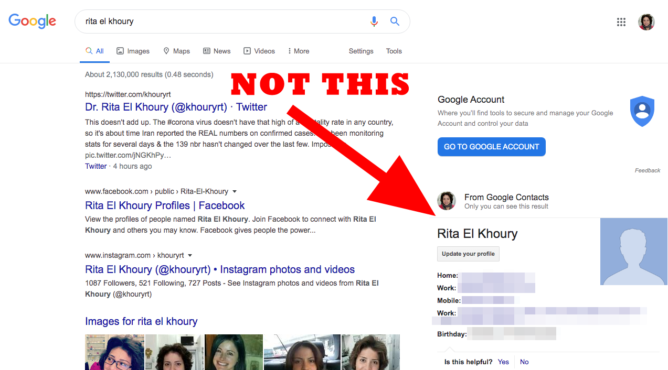 Don't be confused by this search result from your Google Contacts. This isn't the card.

Some information is required, like your name, location, summary, and occupation, all of which should help distinguish you from other people with the same name; but there seem to be more optional fields including one for your image and another for contact information. Once you're done, you can preview the card and submit it.

Since Google hasn't yet announced it, we don't know when the feature will launch or if it's rolling out already. We tested it on several accounts in different locations and couldn't get the card prompt to show up. We'll let you know once we spot it.

The feature appears to only be rolling out to users in India who've chosen English as their main language in Google search results. 9to5Google was able to get two screenshots of it in action from one of the site's tipsters. 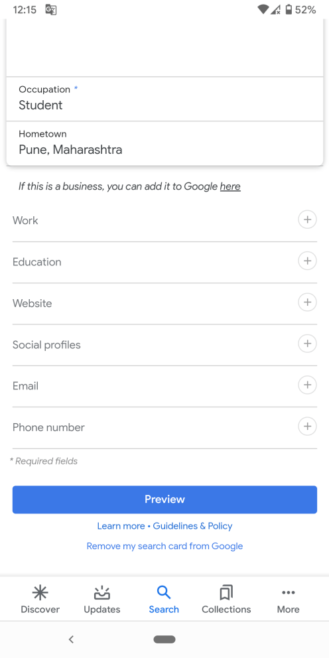 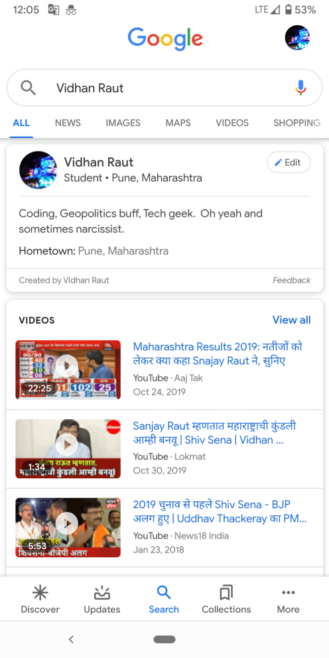 After we published this report, Google removed the three support pages where we first got our information. (They're still linked below for future documentation.) It's likely that these were mistakenly published and let the cat out of the bag earlier than intended.