Thanks to COVID-19, aka the coronavirus, we've already seen major events in the mobile tech news space canceled. Factories across China have also been closing, seriously affecting supply chains, and manufacturers outside of the country are being affected. As fears of the virus and its impact continue to wreak havoc on the world economy, I think there's a good chance we'll see phone delays and shortages later this year.

To preface all this, I'm not a market analyst. I'm just some dude that writes about technology. But I don't think it takes unique insight to see that if factories are closed, stuff isn't getting made. Whether that affects the phone assembly lines themselves or the supply chains the phones depend on, either way, it makes it harder (and probably more expensive) to get the next new flagship into consumers' hands.

Microsoft is already warning that computer sales could be affected as a result of supplier shutdowns, and although some of the factories are already starting to re-open, the closures aren't just a "blip" that can be smoothed over. It will take time for the gap in manufacturing to trickle down through the supply chain, but when it does, it's going to seriously disrupt the timing required to coordinate product launches.

Companies spend a lot of time and money organizing the logistics behind shipments to get a calendar-precise window that lets them make sophisticated devices like phones, and that complex dance is going to be seriously disrupted. Often, companies will source a critical part prone to changing prices or shortages from more than one manufacturer as a way to hedge bets (and drive nerds who are obsessed with differences in read/write speed between different NAND manufacturers wild, for example). But if closures and shortages are widespread, it may not matter where a part comes from if none of the companies that make it can supply it. And worse, some components are so critical, there is no alternative or replacement. Things like Sony's camera sensors, phone chipsets, and screens often don't have an easy drop-in alternate — you either get the part or you re-engineer a different product without it. And in the example of Sony's cameras, the company's already stressing the limits of demand. 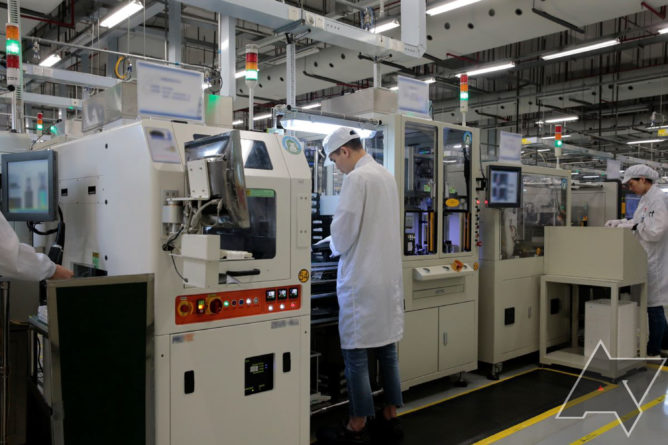 When OEMs have to twiddle their thumbs waiting on shipments, that means delays. And if parts can't be sourced in sufficient quantities, either through waiting or by finding new sources, that could also mean shortages. Supply chain scarcity could even see costs to assemble a phone rise, and as those costs trickle down to the consumer, it could push the already absurd smartphone prices even higher. That happened back in 2011 with hard drives when the factories responsible for producing them flooded in Thailand, it happened to the memory market when Japan suffered an earthquake and tsunami, and it could easily happen again as a result of China's difficulties now.

Much as 2015 will be remembered among phone enthusiasts as the year Qualcomm's rush to 64 bits ruined an entire generation of phones, 2020 could be remembered as a year of delays and more expensive phones. And mobile divisions at companies like HTC, Sony, and LG that are already in trouble might not be able to weather this storm.

China is the world's digital breadbasket, and right now, factories crucial to many phone manufacturers' supply chains are closed. In many ways, these delays are the least of our worries — actual lives are at stake as people die and the disease spreads — but as far as our first-world problems go, those of us far away and safe from the coronavirus may still see its impact in the form of delayed phone upgrades this year, or higher costs.

Second Pixel Feature Drop may land as soon as next week