Buzzfeed News reports that the apps disappeared right when Google published a blog post stating it had removed 600 apps engaging in ad fraud and displaying disruptive apps, so it's highly probable Cheetah Mobile was one of the developers hit by the action.

When you visit any of the company's developer sites (there are surprisingly many!) on the Play Store, you'll see that all of its apps have disappeared except for a few keyboard themes. Only a short description of the business is left in most accounts. Cheetah Mobile is trying to make the best out of the situation. Its website that used to link to Play Store listings of its apps now offers all of its apps as APKs, accompanied by a banner that states: "Official Notice: You can install the latest version of the app by clicking 'Download APK.' Please allow permissions if there are security reminders." 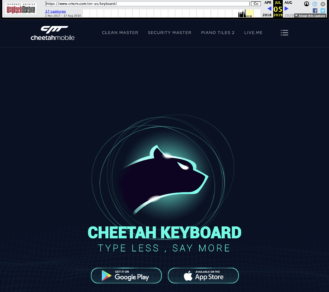 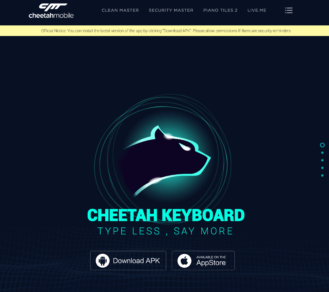 Cheetah's website has done away with Play Store links entirely.

Downloading these apps outside of the Play Store is probably even more dangerous than getting them from the platform, as you won't enjoy the same level of protection from frauds or malware. (Google's Play Protect scanner does work on sideloaded APKs, but it doesn't offer the same multi-layered security as the Play Store or APKs taken straight from it do.) Let's hope Google manages to efficiently keep the company out of its distribution platform — it already tried to sneak into the Play Store under another name before.

The article has been updated to reflect that Google removed all Cheetah Mobile apps from the Play Store. It previously only speculated that that's what happened. Thanks: resource, remewer!

This article previously wrongly suggested that CMM Launcher INC could be involved with Cheetah Mobile. The developer has reached out to us to clarify that that's not the case.