I'm known here at Android Police for my enduring love of tiny computers. I had a Vaio C1 as a kiddo and spent a good chunk of College using an ASUS 1000HE. More recently, I picked up a GPD Pocket (which I regret) and a Surface Go (which I regret less). By all this I mean to say: I'm pretty excited for the Cosmo. 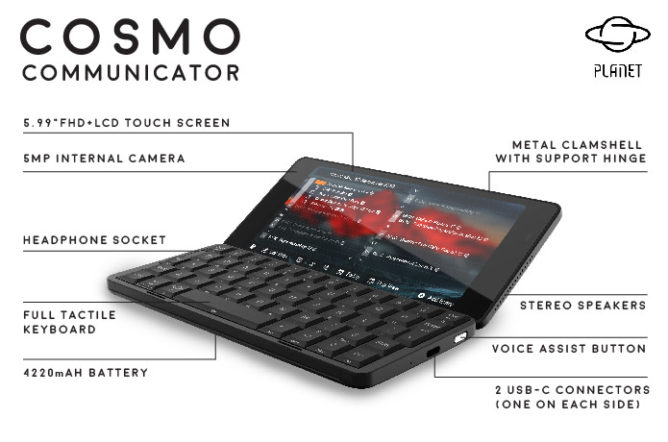 On paper, the Cosmo Communicator doesn't seem like a very good value, though. The $550 early-bird price only snags you a Mediatek P70 — the sort of chipset found in $300-400 phones in most markets. The extra 150-250 nets you a change in form-factor, backlit "mechanical full " keyboard, dual USB-C ports, and a secondary 2" 570x240 touchscreen when folded. 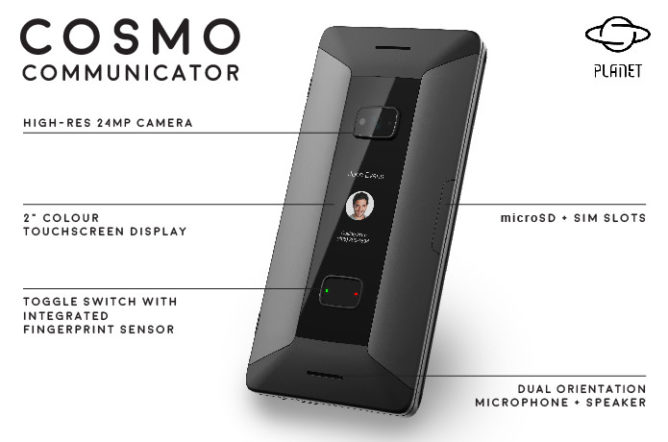 The primary display is a 5.99" 2160x1080p AMOLED, paired with 6GB of RAM and 128GB of storage space. It has an unspecified 24MP primary camera, call answer-toggling fingerprint sensor/switch, and a headphone jack (a growing rarity in 2018).  Powering it all is a 4,220mAh battery.

The phone ships with Android 9 Pie, but Planet Computers is also advertising a multi-boot configuration which supports the Debian Linux distribution and Sailfish. It is available in a non-trademark infringing "Space Grey Metal" and limited edition, $2,000 gold color. A full spec table is included just below:

Estimated delivery is May-June 2019, but keep in mind that projects like this have a tendency to overshoot their schedules. The Superbook, for example, was initially set to land last February, and many backers only just received their hardware in the last couple of months. As with all crowdfunded projects, caveat emptor. Although I have an undying love for tiny computers to thank for my own interest in the Cosmo Communicator, there is a more general nostalgic appeal for the clamshell PDA-style form factor. Let's hope Planet Computers can pull it off.

One of the selling points for the Cosmo Communicator was the promise of dual-boot Linux support, and now the Linux system image is available to try out. The installation process is a bit difficult, and requires re-partitioning the Communicator (which wipes all data), but in the end you get a full copy of Debian Linux with the KDE desktop environment. 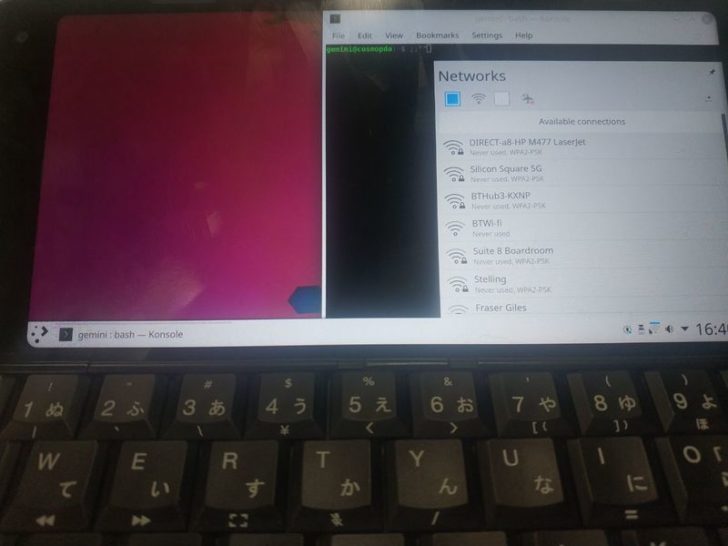 I'm more of an Ubuntu guy myself, but it's still an impressive port. The only catch right now is that closing the lid doesn't put the Cosmo to sleep. You can find the full instructions here.