The first developer preview of Android 11 is here, and even though it's just the first of many pre-release builds, there are still a ton of new features and changes. We've already written dedicated posts for most of the visible updates in Android 11 ⁠— you can see all of our coverage here ⁠— but there are also some smaller tweaks that aren't quite substantial enough for several paragraphs of explanations.

Without further ado, here are all the little changes in the first developer preview of Android 11.

Google first showed off a new Android feature called 'Dynamic System Updates' last year, which allows devices that support Project Treble to temporarily boot into generic system images — in much the same way that a PC can boot an operating system from a USB drive. Android 11 now has an interface for selecting a DSU package, found in the Developer settings. 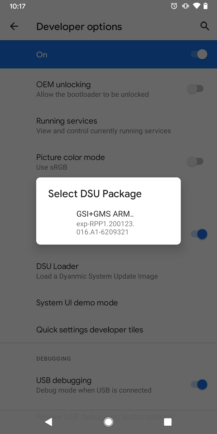 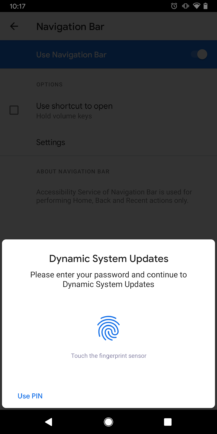 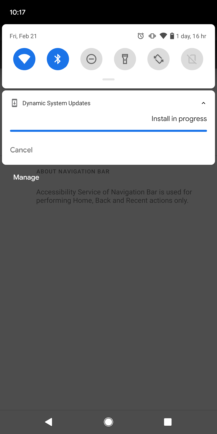 The developer preview includes one package (at least on my Pixel 3a XL), a Generic System Image with Google Mobile Services pre-installed. You can tap on it to install it, but the installation doesn't actually seem to complete. I expect the custom ROM community will find something cool to use this for soon enough.

Android has always supported opening links in either a web browser or a native app for the service — for example, a Twitter link can either be opened in the native app or in a browser. You can also set an app to always open a certain kind of link, so you never have to see the popup. Android 10 changed this by always requiring two taps on the popup, and on top that, the choice is sometimes forgotten by the OS (usually due to app updates) 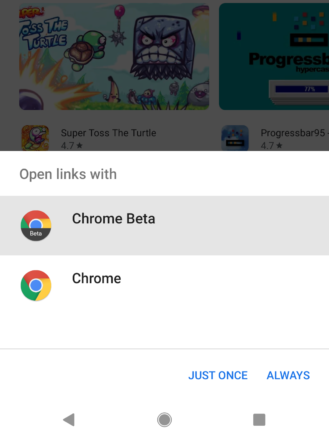 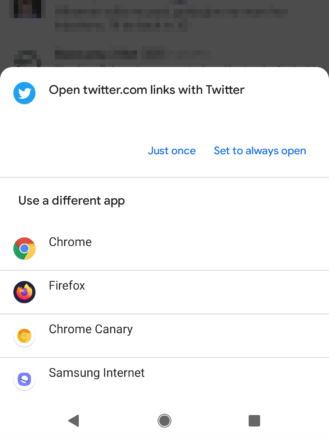 While Android 11 still doesn't seem to fix the settings not sticking, the link popup once again only requires one tap to open the link in the default app. You no longer have to tap the app, then select 'Just once' or 'Set to always open'.

This is mostly just applies Pixels and other devices close to stock Android — Samsung, OnePlus, and several other manufacturers kept the Android Pie behavior when updating their devices to Android 10.

In years past, the only way to test if an app worked properly with newer versions of Android was to change the target SDK (for example, switching from Android 9 to 10), and then going through logs to see everything that broke in the transition. This can be a messy and headache-inducing process, especially with OS updates that include many API changes. 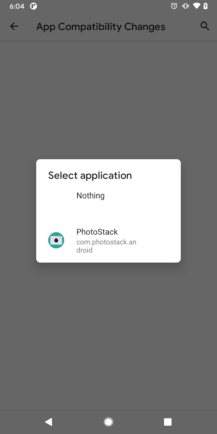 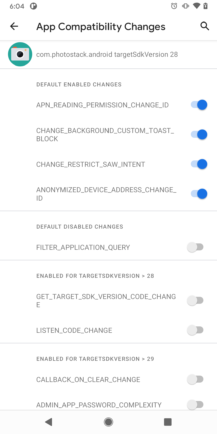 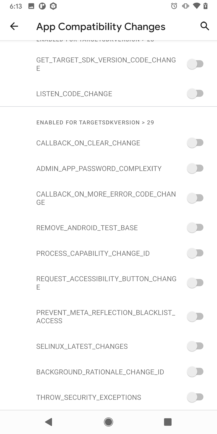 Android 11 has a solution: instead of updating an app's target SDK, potentially causing multiple functions to break at once, developers can now enable or disable each individual change in Android 11. This way, developers can more easily check what change in Android 11 is breaking their app. The settings can be found in System > Advanced > Developer options > App Compatibility Changes.

Interestingly, the settings can't be used with regular applications. The official documentation says that the ability to toggle a change "depends on the type of change, whether your app is debuggable, and the type of build running on your device." That means you can't use this with system applications, apps installed from the Play Store, or even sideloaded APKs (as long as they are signed as production apps).

The 'Magnify' menu in Android's Accessibility settings has been revamped in Android 10, and a few new features have been added, as pointed out by XDA Developers. 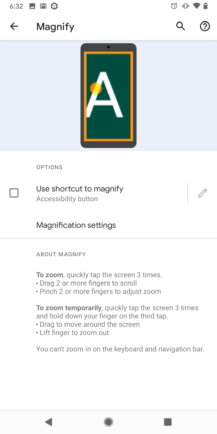 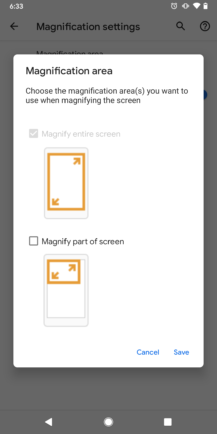 In previous versions of Android, you could zoom in on any app by triple-tapping the display, or by enabling the Accessibility shortcut in the navigation bar and tapping that. Android 11 adds a new option: pressing and holding both volume keys for one second.

The Pixel Launcher on Android 11 has a slightly different animation for scrolling through home screen pages. There's a slight jumping effect that kicks in after the swipe, and the speed depends on how quickly you swipe.

Kind of neat, I guess. The same effect is also visible when scrolling through pages in a home screen folder.

Dragon Quest of the Stars is available for download a day early, but you can't play it yet ...