The above cinematic trailer doesn't actually offer any insight into what's to be expected from Dragon Quest of the Stars, which is a common tactic used by shady devs so that interested parties have to install the game to see what it offers. This is also a tactic Square Enix often employs for its free-to-play mobile releases, despite being a clear sign a title's gameplay isn't actually worth showing off.

Luckily Dragon Quest of the Stars isn't a new game (it's actually four-years-old, which is why the title looks so dated), at least not in Japan, and so we already know what to expect from the title, mechanically. Essentially this is a casual RPG that offers turn-based battles, where you'll typically have to time your attacks to build momentum, all thanks to the game's Skill Gauge Battle system. Sadly the title also includes a subscription service, which is a little tough to swallow when you consider that this is a four-year-old game. Unfortunately, we don't yet know the price of the Star Pass subscription service in the West, since there is no way to play the game yet. As it stands, we do know that it's a free-to-play title that contains in-app purchases that range up to $79.99 per item, so heavy monetization is expected, even if you don't sub to the Star Pass. 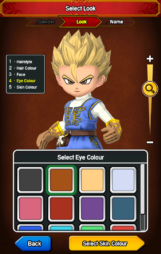 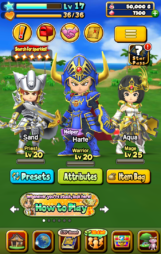 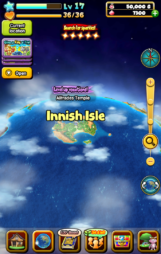 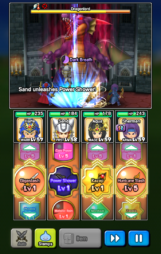 So there it is, Dragon Quest of the Stars is officially available for pre-download on the Google Play Store, and its servers should go live some time tomorrow. So if you'd like to jump in the second the mobile RPG is available to be played in the West, then feel free to pre-load the title through the Play Store widget linked at the bottom of the page.

Dragon Quest of the Stars is finally playable

As expected, the servers for Dragon Quest of the Stars are live as of this morning, which means everyone can finally jump into Square Enix's latest free-to-play mobile RPG. So far, I've noticed that performance isn't great, though it appears to smooth out a little once you get out of the forced tutorial. At its core, this is a gacha game through and through, so expect multiple currencies, a convoluted upgrade path, auto-combat, loot boxes, tons of in-app purchases, and of course, a monthly subscription that locks ease-of-use features behind a paywall. Heck, there's even a fast-forward button so that people can grind with ease.

I suppose if you enjoy gacha games, or simply adore the Dragon Quest series, you may have some fun grinding through this title, though it's clear the game is having a rough start today, which is definitely something to keep in mind.

DRAGON QUEST OF THE STARS NOW AVAILABLE ON MOBILE DEVICES

In-Game Bonuses and Events on Both iOS and Android Platforms

LOS ANGELES (Feb. 25, 2020) – SQUARE ENIX® announced today that the hit mobile adventure RPG, DRAGON QUEST® OF THE STARS™, is now available globally on the App Store® and Google Play™. With the Japanese release surpassing 20 million downloads, SQUARE ENIX now invites newcomers around the world to embark on an intergalactic journey to prevent the destruction of entire planets and worlds.

During their adventure in this mobile RPG, players will explore a planet and fight monsters through exciting turn-based battles, solo or with friends. Characters featured in the game are based on the charming DRAGON QUEST™ style. Key features of the game include:

Beginning today, players who download the game will be treated to in-game rewards and campaigns to celebrate the global launch:

Global-exclusive Starter Packs are also available for purchase, which include useful items and gear in addition to valuable in-game items. New players may also take advantage of a limited-time gem sale.

The global version of DRAGON QUEST OF THE STARS is developed and operated by KOEI TECMO GAMES CO., LTD. and KOEI TECMO SINGAPORE Pte. Ltd.

DRAGON QUEST OF THE STARS is available now as a free-to-play app (with in-app purchases) through the App Store and on Google Play.

About DRAGON QUEST OF THE STARS
In DRAGON QUEST OF THE STARS, players embark on an intergalactic journey to prevent the destruction of entire planets and worlds. Players can create their very own custom character, featuring artwork and design from the illustrious manga artist Akira Toriyama. Participate in multiplayer modes with up to three other players or embark on a solo-mode adventure. Players will battle against classic DRAGON QUEST series monsters by using touch controls to strategically utilize skills. Powerful attack combos are possible through strategic management of the skill gauge.