It can be difficult to troubleshoot why an internet connection isn't working, especially on mobile operating systems like Android. The DNS server your device is using could be the culprit, especially with many public networks blocking the ability to use custom servers. Android 11 now provides a more detailed explanation for why a network connection doesn't work, at least with DNS-related problems.

In previous versions of Android, the Wi-Fi settings page didn't display errors related to the DNS server ⁠— you had to check the 'Private DNS' setting instead, which could show a message like "Couldn't connect." In Android 11, this information is now displayed directly under the Wi-Fi network, making it more obvious what is causing the network connection to fail. A notification may also appear. 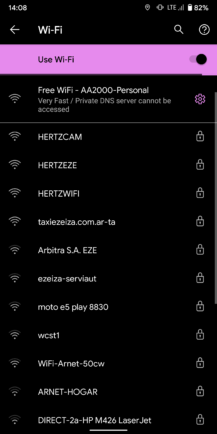 This feature would have been very useful to me last year, when I couldn't figure out why my phone was unable to connect to my school's Wi-Fi network. It took two months for me to eventually realize that the network was blocking CloudFlare's DNS servers. Given the new functionality in Android 11, perhaps this is a common problem when using custom DNS servers.