As well as providing the full 5G package (NSA/SA and all the mainstream 5G bands), Qualcomm's Snapdragon 865 mobile platform will also deliver a 25% performance boost, as well as greater efficiency. The 6.44-inch FHD+ display has a refresh rate of 90Hz once again, but this time it sports a dual punch-hole cutout thanks to an additional ultra-wide front-facing camera lens. They're also capable of one of the most dubious camera features in recent memory: slow-motion selfies. 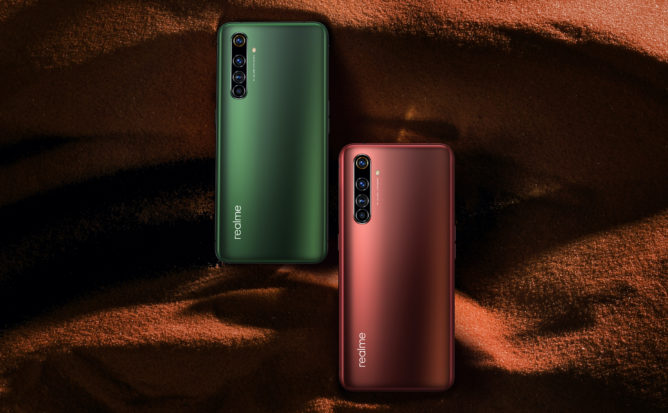 The 64MP quad-camera hardware on the back is almost identical to that which adorned the X2 Pro, but I'll be hoping for improved processing since the cameras were an area of concern before. The in-display fingerprint sensor returns — we can expect that it will still be among the best of its kind — as do the dual stereo Dolby Atmos speakers with Hi-Res certification. At 4,200mAh, the battery capacity should be more than enough and the new 65W SuperDart charging tech promises rapid top-up speeds. Some will be sad to see the headphone jack hasn't made it into this handset, but that battle may be all but lost when it comes to flagships, especially since Samsung didn't include one on any of the Galaxy S20s. For the first time, Realme is customizing the software experience rather than just using the Oppo's Color OS. Realme UI is based on Android 10 and it appears to show a pleasantly surprising level of maturity. Vapor cooling is on board to dissipate heat while you do intensive activities such as gaming.

Weekend poll: Are you going to try the Android 11 previews this year?