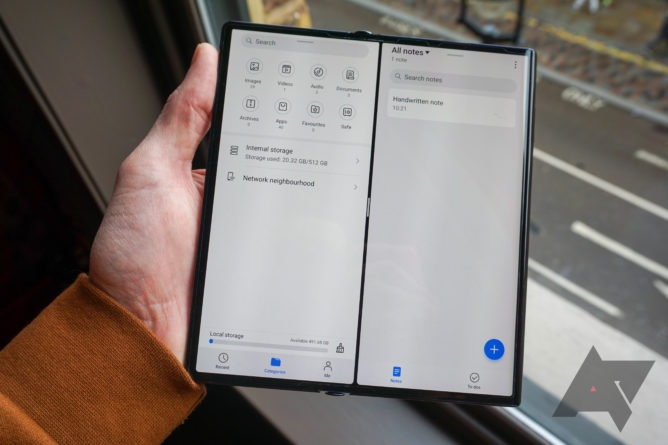 Unlike the Galaxy Fold and Z Flip, both from Samsung, the Mate Xs still folds the screen all around the outside. This means the quad-layer plastic OLED display is more likely to pick up dings and scratches, but also that there only needs to be one display for both the closed phone form and the opened out tablet mode. Huawei says it’s made changes to both the display and hinge to make the device more durable, and it certainly feels robust in the hand, even if the folding mechanism on the handset I got to play with did produce and audible crunch when you straighten out the screen. Hopefully, that’s just a quirk of the early pre-production unit. 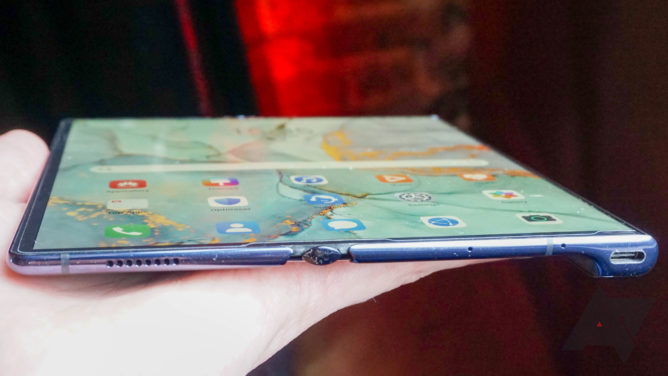 The most meaningful spec upgrade is the Kirin 990 5G chip, which will make for marginally faster performance and support for even more 5G bands (SA/NSA). The quad-camera array is unchanged, with a 40MP main lens and 3x optical telephoto — it’s a similar setup to last year’s P30 Pro, in other words. Due to the way the phone folds, the same cameras are also used for selfies, and the part of the screen wrapped around the back doubles as a neat viewfinder. The fingerprint hidden in the power button is also a nice space-saving touch. When folded, the front display measures 6.6 inches diagonally and the overall thickness is 11mm, which is fairly chonky and feels pretty heavy in the hand. Unfurled, the display grows to be a much squarer 8-inch tablet, and the thinnest part of the display is just 5.4mm. Two batteries in either half of the phone add up to 4,500mAh, and it comes with a 55W charger that will add 55% in just 30 mins. Other specs include 8GB of RAM and 512GB of internal storage. Huawei also says improvements to EMUI 10.0 (based on Android 10) add to the usability of the Mate Xs, and I was demoed features such the app multiplier that can open two windows of one app of the multitasking that allows for 3 windows on screen at once. 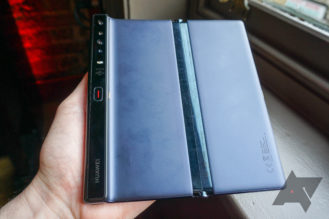 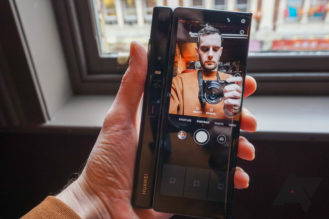 It feels more refined than the first-generation product, but it still doesn’t feel quite as consumer-ready as something like the Galaxy Z Flip. That makes the staggering price tag even harder to account for, especially for a phone that won’t have the Google apps and services that users outside of China are so accustomed to. 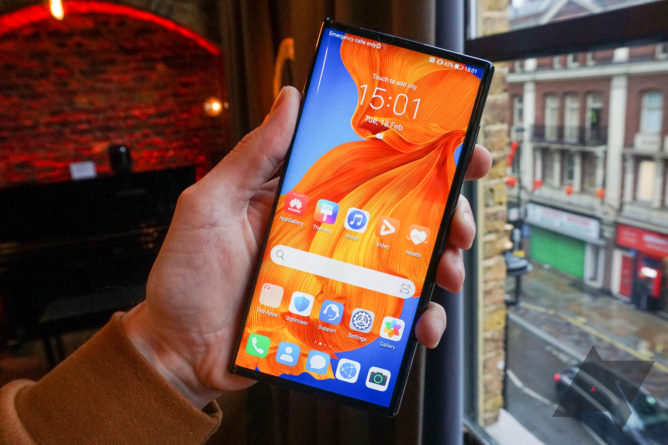 While the original Mate X didn’t go on sale outside China, the Mate Xs will be coming to Europe. It goes on sale next month for a €2,499 and it’ll be interesting to see how much interest there is at that price when Samsung now sells a foldable for roughly half that. You can find out more about the Mate Xs on Huawei's website. 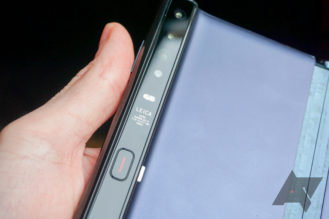 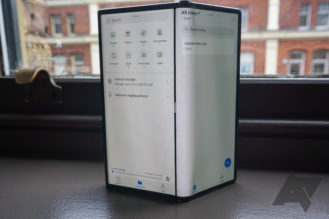 At the same event, Huawei also introduced a range of other products, some of which are already available in China. The MatePad Pro is an impressive iPad Pro competitor that starts at €549 and the company also shared more about its Play Store alternative called the Huawei AppGallery.