As with the past few updates, there's nothing groundbreaking in this release, but there are a few new features that developers will appreciate. Design editors now offer a split-view mode, so you can edit layouts and navigation graphically while seeing the XML code change on the fly (or vice versa). There's also a new color picker that obtains colors from the app's resources values. Outside of design improvements, zipflinger is the new default packaging tool for debugging apps, which should result in faster builds.

Android Studio 3.2 brings two major enhancements to the device emulator. First, developers can now change the simulated GPS location with a new integrated Google Maps interface, instead of manually entering GPS coordinates. The Maps feature even allows developers to create routes from two locations to simulate apps that require movement (like a navigation tool or an AR game).

The other key improvement to the emulator is initial multi-display support, which can be used for testing how apps function on devices like the upcoming Surface Duo. "As more devices are available that have multiple displays, it is important to test your app on a variety of multi-display configurations," Google wrote in a blog post. 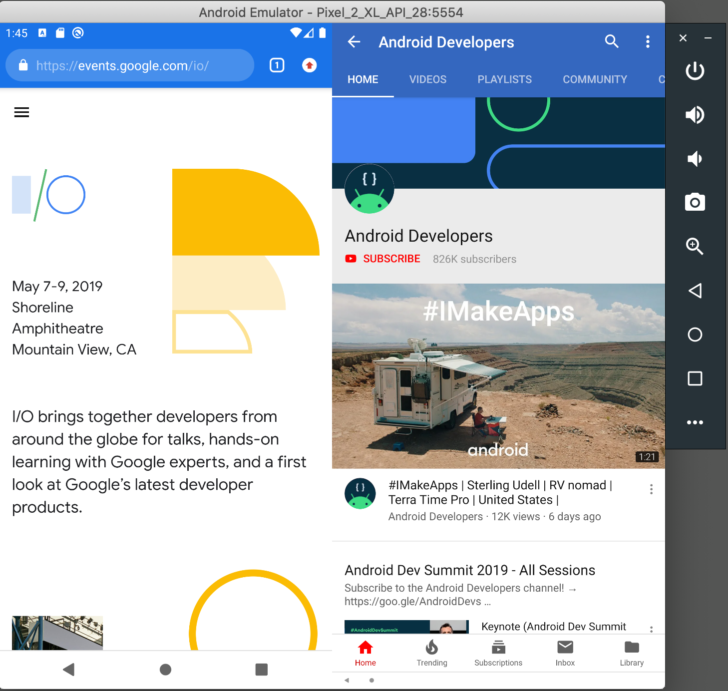 You can see the full list of changes at the source link below. Android Studio 3.6 is available from the official Android Developers site, or by updating an existing Studio install.