The Samsung Galaxy Chromebook is this sleek metal slab with flat sides and a 4K OLED screen that tops the Pixelbook’s. It uses Intel’s newest 10th-gen Comet Lake i5 processor, which is paired with 8GB of RAM and a 256GB SSD. The convertible comes with the S Pen stylus that sits inside a dedicated slot, much like the Galaxy Note series handsets. The keyboard deck houses a fingerprint reader and a camera, which you can use to take pictures when using the Galaxy Chromebook as a tablet. 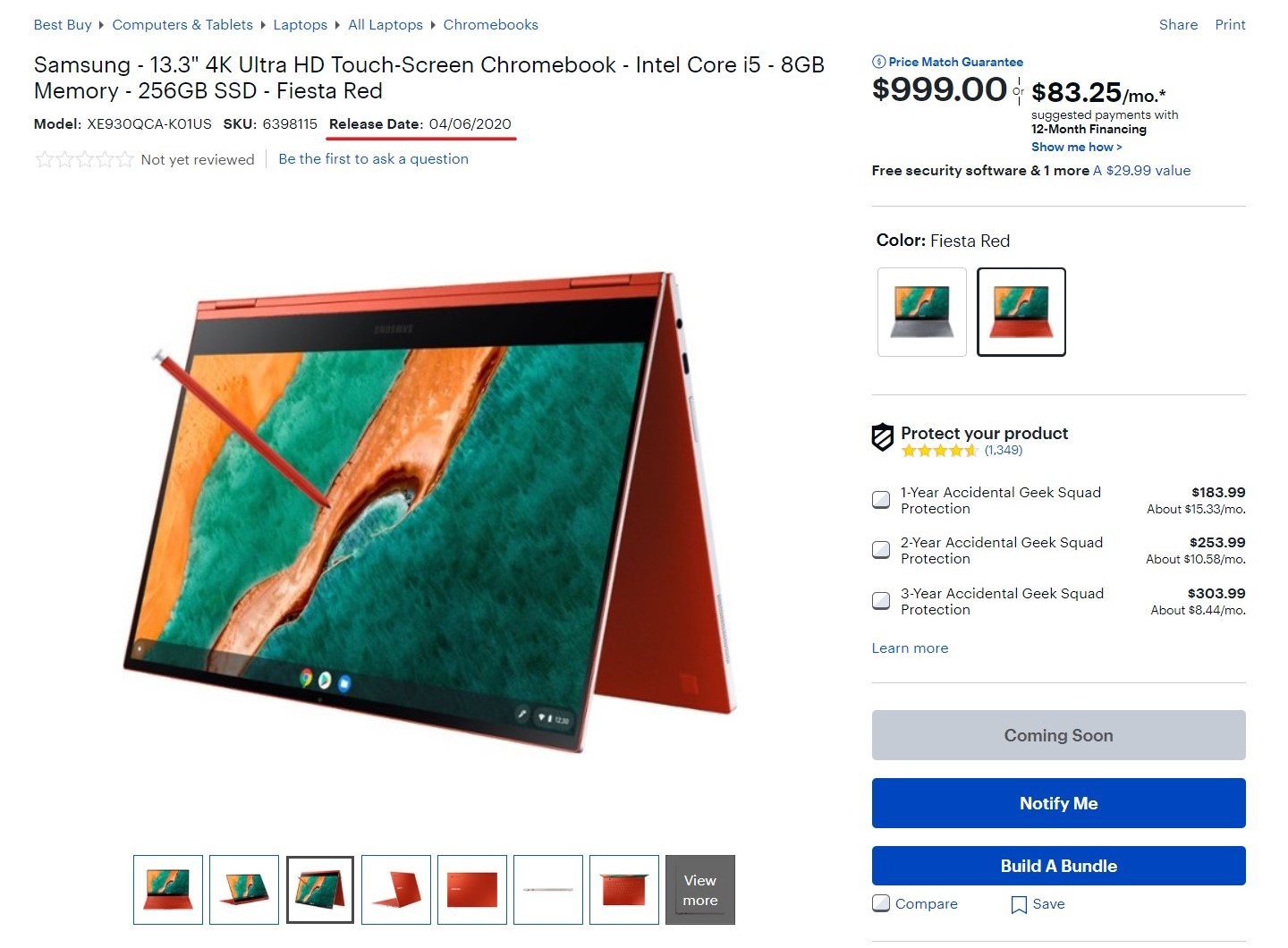 Best Buy has already listed the Samsung Chromebook in two color variants—Fiesta Red and Mercury Gray—with a coming soon badge. The listing adds that the 8GB+256GB variant of the notebook is set for release on April 6 for $1,000, while there is no word on the option with 16GB of RAM and 1TB of storage space, which Samsung talked about at launch. Samsung’s US site previously said that the LTE variant would be available, but the company later clarified in a communication with About Chromebooks that only the non-LTE configuration will be sold for now. It’s entirely possible that the 16GB+1TB model may arrive with LTE support at a future date. HBO will be available on YouTube TV this spring