With political and societal upheaval seemingly on the daily global agenda, information and misinformation travels fast and one of the most prominent platforms where that occurs is Twitter. Where it was previously hesitant to install fact-checking guardrails to reduce the impact of intellectually harmful content, the company recently began labeling certain videos posted to tweets as deceptively manipulated. Soon, according to a leaked demonstration, it could take another step. 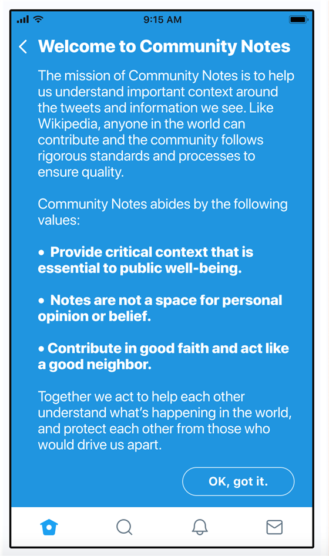 The microblogging service plans on rolling out some sort of community-based modeartion, much like what happens on Reddit or Wikipedia, starting March 5. Twitter acknowledged the existence of these plans to NBC News, saying that the mock-ups seen are "one option that would involve community feedback."

One example that the effort would manifest in would be Community Notes, a program in which users participate in assessing the trustworthiness in tweets. When a volunteer reports a tweet in the demo, they are asked if the information given would likely mislead readers in a harmful way, how likely other community members would agree with their assessment on a scale of 1 to 100, and specific details about the information. 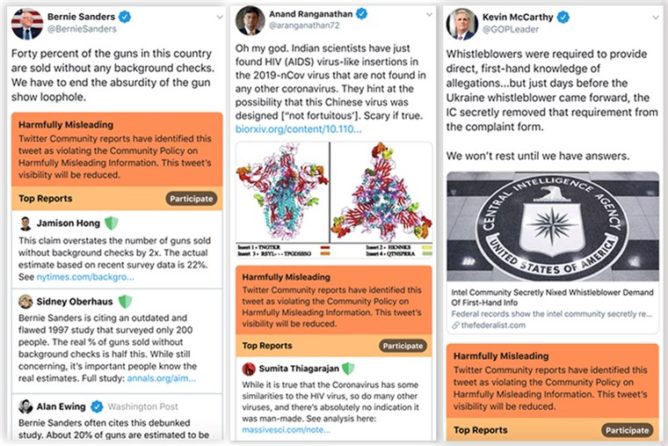 In these examples, Twitter labels each tweet as Harmfully Misleading and then lists several reports from Community Notes members (denoted with green shield badges akin to the checkmarked blue Verified badge) as well as journalists where applicable. Users are told that the tweet's visibility on the platform will generally be reduced and are encouraged to participate by tapping a dedicated button.

We may see a few changes from what these demo pictures portray, but the company has confirmed that it will be moving forward with more fact-checking over the next several weeks.

Snag a three-camera Eufy security kit for $100 off