The first Android 11 developer preview landed yesterday. We keep finding tons of new features in it, which you can check out in the widget above. There are also some hidden changes not activated out of the box, and our friends over at XDA Developers stumbled upon one of these. They've managed to put audio controls into the quick settings panel above the notifications, making media playback instantly accessible no matter how many messages you receive.

When you pull down from the top of your display, the music player widget looks like a smaller version of the familiar notification card it usually sits in. It's positioned to the right of the regular quick settings tiles and forces them into a two-lines layout. When you swipe down once more, the widget moves to the bottom of the tiles, revealing the otherwise familiar three-by-three button grid. In this position, the playback controls are also expanded, revealing thumbs up and down buttons, which app the audio is from, and on which device it's playing on. 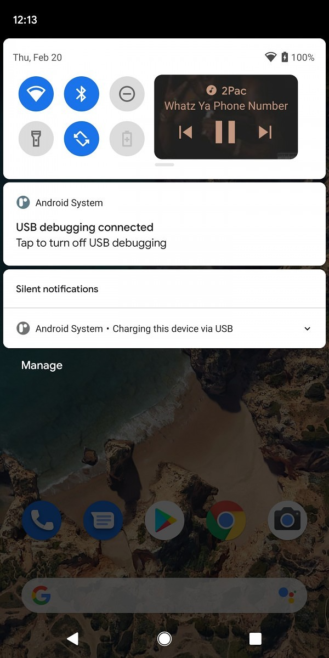 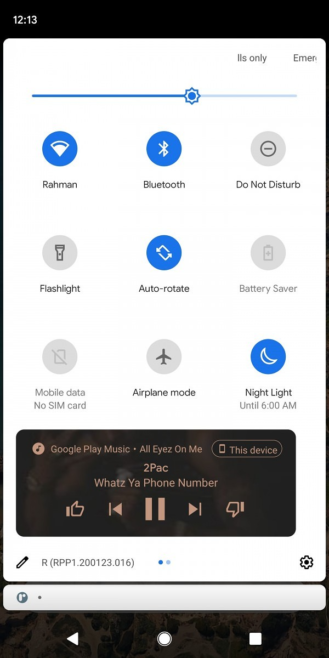 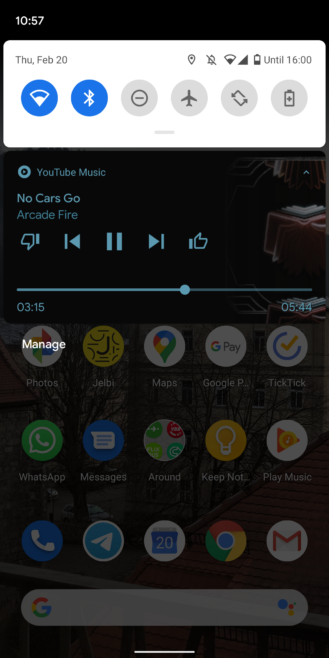 Since XDA Developers had to dig into system flags to activate this layout, we're not sure if this change is meant to stick or if it'll be fully deprecated at a later stage. The widget certainly looks weird and a little out of place, but maybe it just takes a while to get used to it. It's also unclear how this interface would work on the lockscreen or how it would accommodate multiple audio player sources at once, which usually sit in notifications below each other. I, for one, would still greet this change as it would let me swipe twice to quickly get playback controls down to an easily accessible position right by my thumbs.