The above trailer was released for the Steam launch of Summer Catchers back in July of 2019, so it may not be perfectly representative of how the game will perform on Android, but it should offer a good idea of how the title plays. The first thing you'll probably notice is that the pixel-based graphics are great. Each environment looks unique, making for a good bit of eye candy as your progress. For the most part, this is an endless driving game where each character will tool around in their own vehicle in search of items that will allow them to progress to the next endless level. There are boss fights in the mix, but there's also a lot of grinding required to reach each boss. So replaying the same endless levels over and over is going to be a prerequisite, somewhat similar to how Alto's Adventure plays, but with a broader focus on the story and environments. 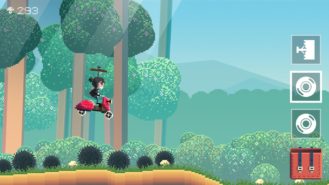 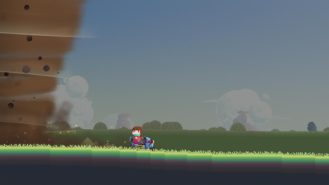 Since Summer Catchers just popped up for pre-registration on the Play Store, details are still light. This means we still don't know when the game will be released, or how it will be monetized. It's my hope that it will continue to be a premium game once it's released on Android.

So there you have it. Summer Catchers is a gorgeous auto-runner from FaceIT and published by Noodlecake Studios, and it's finally making its way from Steam to Android. While we still don't know when to expect its official release on the Play Store, if you'd like to receive a notification on that day, go ahead and pre-register through the Play Store widget at the bottom of the page.

At the tail end of January, we learned that Noodlecake's stylish auto-runner Summer Catchers would be coming to Android sometime soon. Well, it would appear that today is the day, and guess what, Summer Catchers has indeed landed as a premium release, which means you can pick it up in its entirety for $3.99, which is $8 less than the Steam version, making for a solid deal. So if you're looking for a quality auto-runner that offers style, fun, and fair monetization, Summer Catchers appears to be a solid choice. 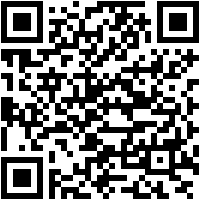