Microsoft began testing a combined Office app in early 2019, and released a public preview in November. However, the beta program seemingly reverted to private testing after that point (though APKs kept trickling in on APKMirror), and now the app has left testing entirely.

The new Office application allows you to browse your OneDrive files, and edit any Word, PowerPoint, or Excel documents without opening any separate tools. It also synchronizes with the Windows 10 notes application and includes a variation of the Office Lens scanner. Finally, there's a QR code reader, in case you need one of those for whatever reason.

Unfortunately, there's one major caveat to this new Office app: there is no support for tablets or Chromebooks whatsoever. While the existing Word, PowerPoint, and Excel apps work very well on large-screen devices, including Chromebooks, the new app is locked to portrait mode and has no tablet-specific UI. 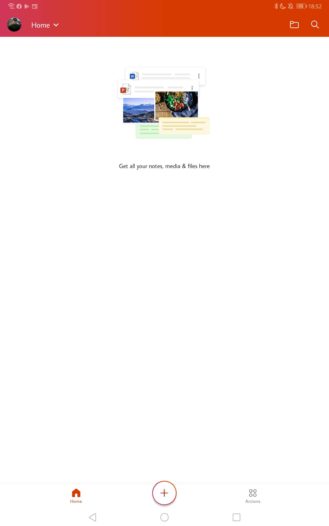 The new Office app on an Android tablet

We've reached out to Microsoft to ask if tablet support is coming. It's also not clear if the separate Office applications will be discontinued at some point, in favor of the new combined app. If that does happen, I hope it's not before all the old functionality is ported over.

Microsoft told us the company "has nothing to share at this time" about tablet support or discontinuing the existing applications.

There are a few minor new additions to the Word, Excel, and PowerPoint components that weren't previously known:

Also, Microsoft told The Verge that a "fully optimized tablet experience will be available on both iPadOS and Android soon," so tablet users can rest easy.