When the original Pixel series launched in 2016, Google set what would be its standard support timeframes for the phones: two years for OS upgrades, three years for security patches. That meant that they would go from Android 7.0 Nougat up to Android 9 Pie with further, smaller updates until October 2019.

Those phones, however, were also endowed with Android 10 last year without much fanfare. This could've been because the Pixels were the two of the first phones to support Project Treble, a streamlining effort to allow software updates from Google, the chipset vendor, the OEM, and carriers to be released individually — ultimately resulting in more Android OS updates coming sooner than they would have. It was especially notable as Project Treble wouldn't be widely available until Android Oreo went public. The extra update could've stemmed from an experiment in persistence. 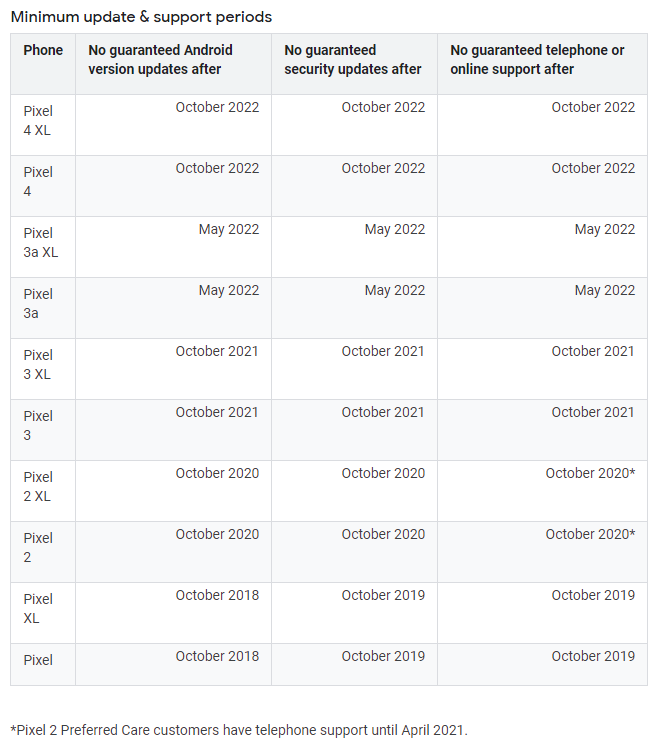 But, alas, Google did confirm that guaranteed support for the Pixel and Pixel XL would end in 2019 and a final update was published in December — 2 months after it was supposed to have been. So, as far as Google is concerned, that legacy's in the books.

For Pixel 2 and 2 XL owners, it should be noted that they will be getting Android 11, but will also receive their last security updates in October. In fact, every Pixel phone has now had their OS and security patch support to 3 years — something all Android device makers can strive to.