Android beta releases are designed to give us an idea of what future OS updates will bring, but sometimes they also give hints for upcoming Pixel phones. The first Android 11 developer preview is no exception, as it includes a hidden Google settings menu for reverse Qi charging — something that no Google-made phone can currently do.

Our friends at XDA Developers discovered that the Settings app on the Android 11 preview has a hidden activity named 'com.google.android.settings.fuelgauge.batteryshare.BatteryShareTrampoline.' You don't even need root or a modded APK to open it — all you need is an app like ActivityLauncher. 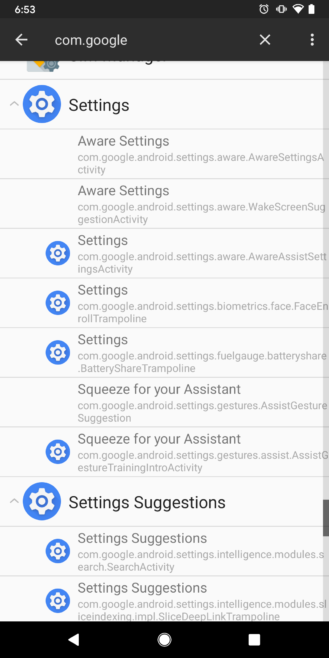 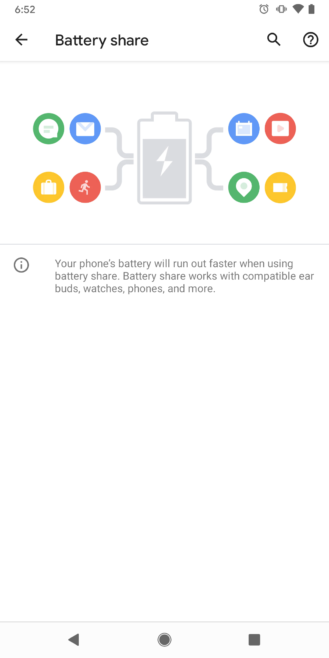 Accessing the hidden Settings panel on a Pixel 3a XL

The screen currently has a placeholder animation taken from the Adaptive Battery setting panel, but the text makes it clear what the feature is for. "Your phone's battery will run out faster when using battery share. Battery share works with compatible ear buds, watches, phones, and more."

The setting seems to be designed explicitly for Pixel devices, too — the activity name starts with 'com.google,' just like most other Pixel-specific functions, rather than the more generic 'com.android' prefix.

We'll have to wait and see if the Pixel 5 will really have a power sharing feature, but it's not a far-fetched idea. Samsung did it last year with the Galaxy S10 series, and several of Huawei's devices (like the Mate 20 Pro) offer a similar feature.