When you start the game, you'll find yourself awakening in a prison cell, where a tutorial teaches you how to interact with the world and break out. It's a physical, direct experience, as you can move objects, turn keys, and unfold letters with a drag of your finger in a first-person view. The game will then take you through increasingly more complicated tasks — you can get a first glimpse at those in the trailer below.

Just like in the first game, you'll get access to supernatural lenses at some point that give you the ability to see hidden codes. While you could use one of these to view events from the past in the previous title, you can now actually travel through time.

Overall, the game looks like a worthy predecessor that improves upon all the aspects of the original title, though it remains to be seen if the story can compare to it. If you love The Room-like adventures, it might be worth giving both The House of Da Vinci 1 or 2 a try. You can get either game on the Play Store for $5 right now, and neither come with any in-app purchases or ads. 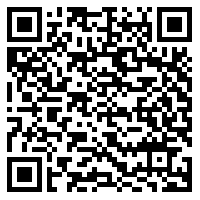