Back in 2017, Socratic was launched on Android, offering students assistance with their homework. The app was pretty interesting, and managed to catch Google's eye, leading to an acquisition.  Last year we got word that an updated version of the app was about to debut, with a heavy emphasis on tapping into Google's AI algorithms to improve performance. Now that new Android edition is finally available to download.

Socratic first debuted back on iOS, initially known as Homework Genius. The app, designed to provide you tools and hints about your work without outright doing it for you, analyzes pictures taken of worksheets and provides relevant information based on what it scans.

After Google's acquisition, the devs announced last summer plans for an AI-enhanced revamp, first available as an iOS app, to be followed by an Android edition in the fall. While Google missed that target date, the new Socratic finally hit the Play Store about a week back.

If you think Socratic sounds like a helpful tool, or are just looking to see how Google's AI know-how has helped improve things, it's available now in the Play Store or on APK Mirror. 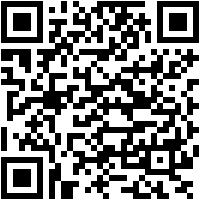