Well what do you know, Cold Beam Games just release the followup to its music-powered dual-stick shooter Beat Hazard eight years after the original arrived on the Play Store. The title is currently in early access, so is still under development, which is probably why it is currently on sale for half-off, which means you can grab Beat Hazard 2 today for $3.99.

For those that never played the original Beat Hazard, it's a top-down space shooter that utilizes your music library to randomly-generate levels that will react to each song. Beat Hazard 2 continues this theme, and also adds in a few new mechanics, such as randomly generated ships and bosses that result from your music choices, which means each track you play will create a unique antagonist for you to defeat.

You can pick up Beat Hazard 2 today for $3.99, which is $15 cheaper than the Steam version, though the Android release is currently on sale for 50% off, and since we don't know how long this sale will last, it may be best to pick up the title on Android sooner, rather than later. As it stands, Beat Hazard 2 is a premium release, which means there are no in-app purchases or advertisements to be found. Oh, and bluetooth controllers are indeed supported, so if you're not a fan of touch controls, the dev has you covered.

If you enjoy randomly generated shooters, or simply want to explore what type of ships, levels, and boss fights you'll encounter when running your favorite music through this game, Beat Hazard 2 appears to be a solid release. Just keep in mind that it's still under development, so while you can buy the title early for a steal, things could change in the future. Still, it's a solid shooter that utilizes a unique random generation mechanic, so if you'd like to grab it today, you can pick it up through the Play Store widget linked below. 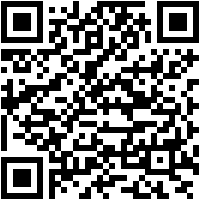 Beat Hazard 2 storms on to Android!

Experience your music collection as never before with this intense music driven arcade shooter.

Each of your songs will have its own unique ebb and flow based on the music. Beat Hazard 2 seamlessly mixes the love of gaming and music. Together they become greater than the sum of their parts.

Beat Hazard 2 improves on and ramps up the awesome zen feeling of battling to your own music. Power up your spaceship and watch as the music boosts your firepower. Unleash hell on the enemy ships when you max out with weapon pickups!

Pushing the boundaries of music powered gameplay, the sequel includes procedurally generated boss ships. Each track will create a unique archenemy ship for you to vanquish.

Each track you play will also creates a unique player ship, anything from a tiny 'Mosquito' ship to a huge 'Brute' battle ship! Created ships are consistent, if you discover an awesome ship tell your friends so they can unlock it too!

Features:
Awesome arcade action powered by YOUR music! It's time to explore and relive the joy of listening to your music collection, each song will have its own unique ebb and flow based on the music.
Upgraded blistering visuals that pump and blast to the beat of the music.
Boss ships procedurally created by your music! Taking music powered gameplay to the next level.
Fully integrated internet radio station system via SHOUTcast
Per song leaderboards and asynchronous challenge system. Battle against your friends to own your favourite music tracks.
Brand new original sound track composed by Johnny Frizz. Johnny contributed tracks to the original Beat Hazard, this time around he's produced some stunning tracks.
Beat Hazard 2
Developer: Cold Beam Games Ltd
Publisher: Cold Beam Games Ltd
Genre: Twin stick shooter
Platform: Android
Base Price £2.99 $3.99
Early Access Discount 50%

Description:
Cold Beam Games is a one man studio operating out of the midlands in the UK. After working in big studios for 15 years I decided to go Indie 8 years ago. My first game, Beat Hazard, has been a big success. My second game a tactical card fighter, Martial Art Brutality, is currently available on all platforms.

I design and write all my own games. I’ve always been interested in creating games with a new twist or hook.

Here is a list of the games that I’ve worked on: http://www.coldbeamgames.com/blog/games-ive-worked-on-part-1-game-history

I then worked for 15 years in the games industry for Digital Image Design, Rage, Warthog and THQ. In those jobs I haled positions from Programmer to Designer and Project Manager. The knowledge gained held me in good stead to go Indie after being made redundant from THQ in 2010.