Back in November, Android Auto gained a cool little readout of the local temperature. It was visible on all screens and could be turned on or off in the settings screen on your phone. While it's hard to knock an addition like this, many people took issue with the fact that the setting to toggle this display was titled "Weather" when it was technically just the temperature. Rather than accept defeat and change the name of the setting, the Auto team chose instead to actually give us the weather. 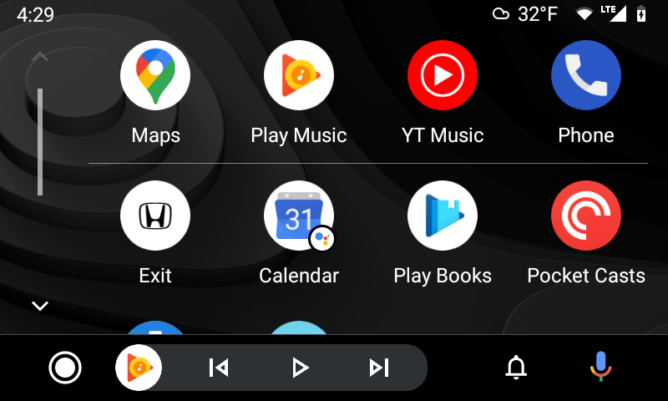 If you have weather enabled on Android Auto, the status bar will now include both the temperature and an icon to give some indication of the conditions to expect when looking outside — and as the driver, you should definitely be looking outside. Seriously, you can probably figure out the type of weather conditions from looking out the windshield rather than relying on a screen in the car.

It's not clear how many types of weather are represented yet. Reports currently suggest there are icons for sun, clouds, and snow. Rain is also probably part of that list, but hopefully Google will also show indicators for things you can't easily see with your own eyes, like icy roads or high winds. So far, we haven't heard anything from areas with those types of conditions.

By all accounts, this began appearing in the last day or so, and it seems like everybody got it at about the same time. There's no new update rolling out, so everybody should be seeing this right now, at least if the weather toggle is enabled. To enable it, just open the app launcher in the car, tap on Settings, then unlock your phone to find the Weather toggle.

Shadowgun War Games shoots its way onto the Play Store, still feels like a beta