Android 10 includes a biometrics API that enables in-app authentications with face unlock on the Pixel 4 — the old software hook for fingerprint readers doesn't work with the new mechanism. Luckily, more and more companies are finally adding support for the interface. American Express is getting ready to join the club following a beta update to its Amex app.

The change will make it easier to access your card info as you don't have to type or autofill in your password again and again, and will also benefit devices other than the Pixel 4. The Samsung Galaxy S9 and Note9 both support the new API on Android 10 for iris scanning.

The new beta version 6.27.4 with face unlock support should already be rolling out widely to the appropriate channel. You can sign up for it via the Play Store.

A new stable version of the Amex app, 6.27.5, has made its way to the Play Store. As confirmed by a reviewer, this release supports the biometrics API and thus face unlock on the Pixel 4. Head to the Play Store to see if the update is already available to you. 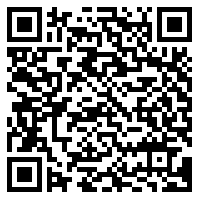 The new Firefox will have limited extension support when it launches