Google's Pixel 4 is the first phone from the company to utilize Android 10's new face unlock API, and because that feature's still new, many apps have yet to receive an update that adds support for the new functionality. As with any freshly introduced feature, some developers have been slower than others to incorporate this latest security tool. With its latest app update, NerdWallet is joining the growing list of financial services apps that have implemented the newest biometrics API.

The latest update to the NerdWallet app adds the ability to log in using your face alone, eliminating the need for fingerprints or a password manager. Enabling face unlock is as easy as flipping a switch in the newly added Face Unlock section of the app's settings menu (pictured below).

If you're a NerdWallet user who's been waiting for this feature to arrive, version 5.6.0 of NerdWallet is rolling out on the Play Store now. The most recent version of the app is also available from APK Mirror if the update hasn't made its way to you yet. Even though it has taken some time, it's nice to see one of Android's newest features gaining momentum. 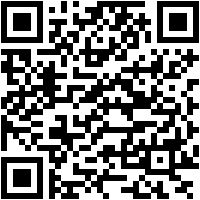