If you're not familiar with the Pixel 4's hardware, it has a Snapdragon 855 processor, 6GB of RAM, a 90Hz OLED screen (5.7" on the 4, 6.3" on the 4 XL), a 12MP main camera, a 16MP telephoto camera, and an 8MP front camera. There's no headphone jack or fingerprint sensor — biometric authentication is done with the face unlock feature. The phone was our Readers' Choice Smartphone of the Year for 2019. 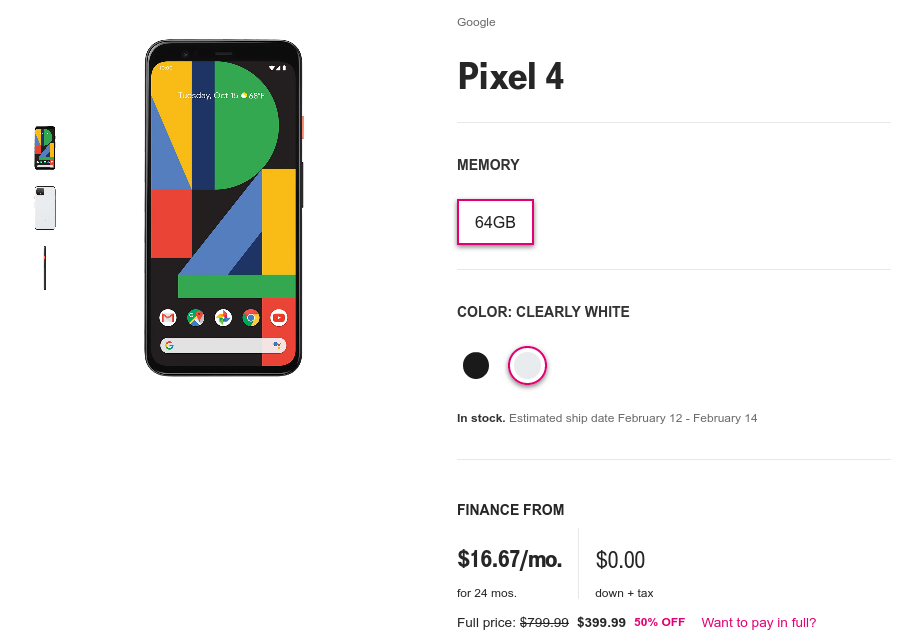 T-Mobile is only selling the base 64GB models of each phone, not the 128GB variants, but you can still pick between Just Black and Clearly White. If you're not on T-Mobile, you'll have to sign up for at least 40 days of service, since the carrier only allows you to unlock phones after that period.

If you're already a T-Mobile customer, this is an incredible deal, considering it makes the Pixel 4 cheaper than the Pixel 3a XL. Also, most of the Pixels' software bugs have been ironed out in the months since release — but you'll still have to deal with Soli sensor quirks and no headphone jack.

Breaking: Essential is dead, and so are updates to Essential Phone