Yesterday, Samsung launched its second foldable, the Galaxy Z Flip, which could shape up to be a more than worthy competitor to the Motorola Razr. In cooperation with Google, the company has added a nifty split-screen feature to the phone that divides apps' interfaces into top and bottom halves when you fold it into a laptop-esque "flex mode." This innovation turns things like Duo video calls into hands-free operations with quick access to the mute option, the end call button, and the camera switcher. Now Google has shared with The Verge that future foldables from other manufacturers will be able to implement this mode, too.

Samsung showcased how its flex mode can also be used by apps like YouTube, which allows you to search for other videos on the bottom screen while you're watching content up top. Third-party developers will be able to add the new take on split screens to their own projects, and it might enable a whole new way to interact with your phone. Google seems to recognize this, which is why the company and Samsung have worked together on creating the feature. 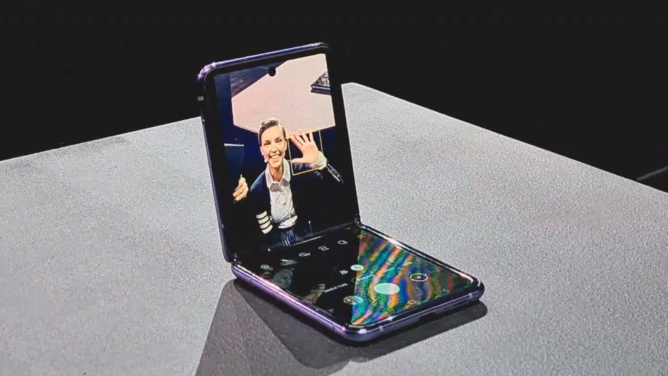 The Z Flip's camera app also utilizes flex mode and arranges its buttons on the bottom half of the screen.

It's unclear when this mode will be available to other OEMs and whether it'll also make it to non-foldable phones or those that fold in other ways, like the Galaxy Fold. While the Motorola Razr could surely benefit from flex mode in its current implementation the most, it would need to be adjusted to better fit other foldables' form factors. If the interface proves to be successful, we might soon see many people returning to flip phones.