If you've been wondering why the quality of Samsung's Unpacked live stream has been a bit iffy and at least partly mediocre, suffering from some strange colors and crushed shadows, the company may have just issued an explanation: It's filming the event from a Galaxy S20. 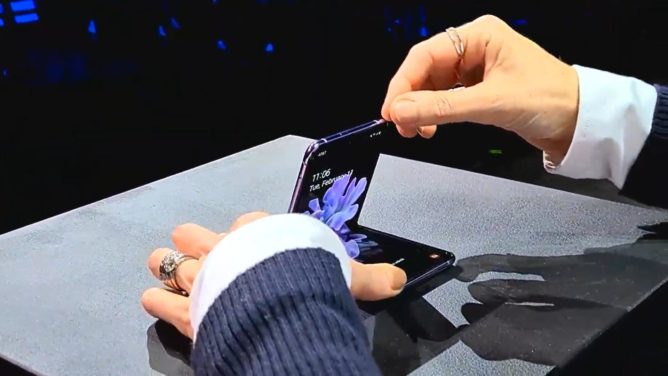 Above: One of the worse segments probably captured from an S20. Below: The moment of the reveal. 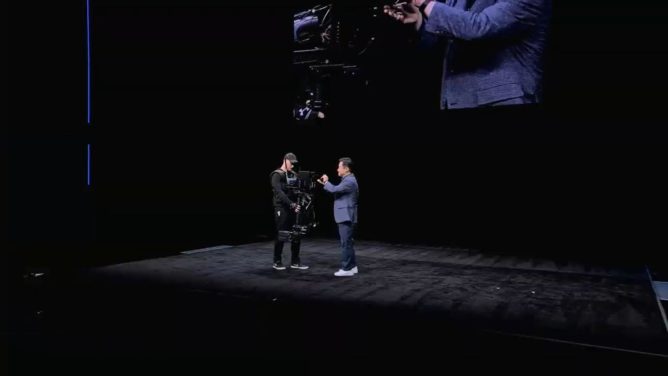 Samsung's streaming event so far can best be described as "dark," with most of the stream tending to crush shadowed details into black. Occasionally, it's even blowing things out in high-brightness during close-ups, but either way, dynamic range isn't exactly ideal, and that's not to mention some of the downright strange color we've seen. All of this is all above and beyond the usual livestream stutters and resolution drop issues one can expect from a YouTube-streamed announcement.

The explanation for that appears to be the fact that Samsung is filming the event from S20 phones. The company wasn't clear as to how much of the event was being filmed from a Galaxy S20, or precisely which phone was being used (as the S20 Ultra has some camera spec improvements), but the company has clearly shown non-Ultra S20's being used in a few camera rigs during the livestream, and it's possible all of the event is being captured via S20 cameras.

Either way, if you're wondering why almost the entire stream (see: every pair of jeans or dark hair) is obscured in darkness even beyond what you'd expect, there's your explanation.