Samsung's Galaxy Z Flip is now official as the first formal announcement at Samsung's Unpacked event, before even the Galaxy S20 series. The company is "changing the shape of the future" with the Galaxy Z Flip. The new folding phone, featuring a folding glass display, will be available starting this Friday the 14th, beginning at $1380. 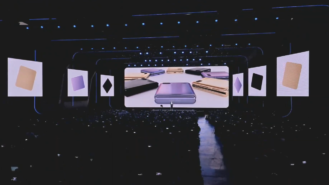 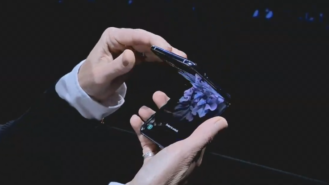 Offering "the ultimate immersive experience," the Z Flip is a folding phone with a 6.7" glass display that Samsung calls an "Infinity Flex Display." The company also claims it's legit, actual folding glass — not plastic, as with previous devices like the Galaxy Fold. Samsung says it can be folded and unfolded over 200,000 times.

When it comes to other specs, Samsung has been mum on official details so far, but it was previously rumored to be powered by a Snapdragon 855, not the latest 865 that the S20 series gets. 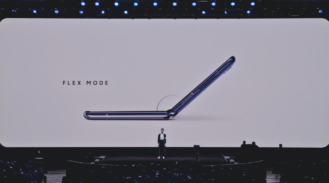 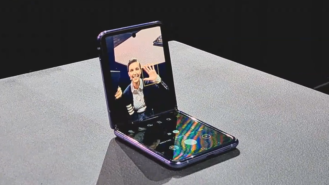 The Z Flip's folding mechanism makes use of a new "Hideaway Hinge." It's a spring-loaded, allowing you to set it to specific angles for taking photos, and sports a "fiber shield" that protects the phone's display from ingress of dust and other contaminants, an issue that seriously impacted the previous Galaxy Fold before it was redesigned.

The outer face of the Z Flip has a "cover display" that shows real-time notifications and other details, and you can also use it to see yourself when snapping selfies with the rear cameras, though it still sports a hole-punch selfie cam.

Augmenting the folding hardware are software features that make use of its advantages, like a new "Flex mode" that splits the display into two parts, plus the standard multi-window fare, augmented by multi-active window, allowing both to stay "live" and working at the same time. Galaxy Z Flip owners will also get complimentary access to YouTube Premium for some period of time.

Samsung's folding phone comes in three colors: Mirror Purple, and Mirror Black, and Mirror Gold, with availability set for February 14th (this upcoming Friday), and prices set to start at $1,380 — though there's also a Thom Browne edition loaded with accessories that will run you more.