Foldable phones have their detractors, but as they continue to evolve, it's quickly becoming clear they're maturing in both concept and execution. Enter the Galaxy Z Flip, the first phone I feel confident in saying feels like a regular smartphone. There's no amazing use case it will enable, no killer software feature, and the specifications aren't even cutting-edge in 2020. I contend that none of this actually matters, and that it doesn't matter if you actually buy this phone.

The Galaxy Z Flip is a phone for Samsung fans, for unrepentant technology hoarders, and for people who simply want the newest, coolest thing. It's not a phone for me, and it's probably not a phone for you. It's $1380, it has last year's processor, doesn't support 5G (in the US), its cameras are likely nothing special, and I wouldn't even suspect the battery life is very good. It doesn't matter. 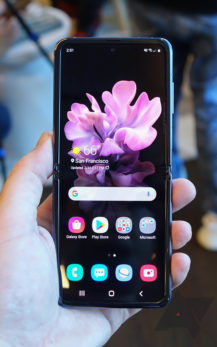 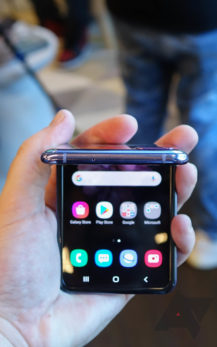 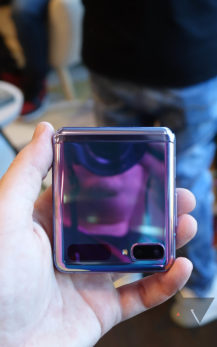 The Galaxy Z Flip, once you open it up, looks and feels (aside from two fairly minor creases in the screen) like a totally normal smartphone. The glass display feels solid, the phone opens with a satisfyingly smooth, robust action, and the whole device feels incredibly rigid when fully open. This is in contrast to the anxiety-inducing creakiness of the Moto Razr, and the almost violent hinge action and strangely crude, flexible nature of the Galaxy Fold. Once the Z Flip is open, you pretty much forget you're using a smartphone that is any material way unusual, other than being a little taller than you'd expect. I think we've reached the inflection point for foldables: the technology now feels so close to being ready. That's a massive leap from where we were just a year ago, and it's a leap I didn't think we'd make so quickly. 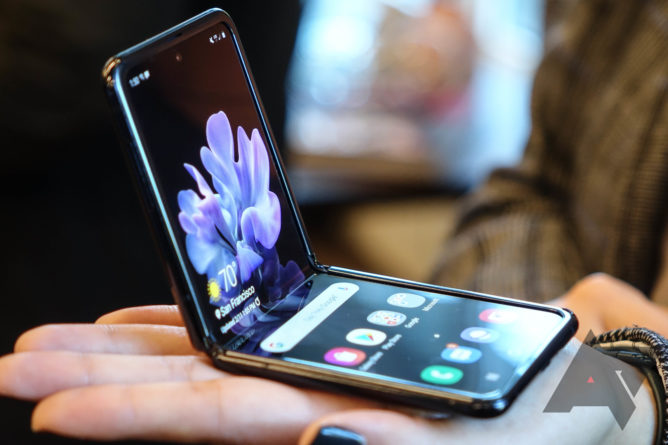 I think the key to that leap lies in two technological advances: a smoother, more refined hinge, and Samsung's alleged "flexible glass." While the Z Flip does have a protective layer over it in order to protect against foreign material ingress under the display, you can clearly feel that this screen is of a very different composition than the razr or Fold, and it truly makes all the difference in the world.

I can't tell you how durable the Z Flip is, how long the battery lasts, or how bad the pre-creased display starts to look over time. Whether or not the hinge will lose its satisfying smoothness as the months wear on. And I can't tell you if it's a good value for money—that's a personal question. What I can tell you is that Samsung appears very, very close to cracking the foldable code. There was some whispering that the Z Flip was ready to go last fall until the Fold was delayed, pushing out the launch. That would explain the Snapdragon 855 processor and lack of 5G. And while that delay is unfortunate and makes the Z Flip difficult to recommend to "ordinary" consumers, I feel confident that Samsung will be ready to follow this phone up with a successor a year from now with no such compromises. Here's everything Samsung announced at Unpacked 2020