Even if we see it persist in the mid-range segment for a while longer, and even if some of the smaller (much less successful) OEMs like LG try to stick with it, this is a clear line marking the end of the 3.5mm jack that will eventually trickle down to even those devices, and that's because of how influential Samsung's decisions are.

Samsung is a bellwether for the Android market

Samsung fans often poke fun at other device makers for following its changes — sort of like how Apple fans make the same claim about Samsung. But, for two very real reasons, Samsung is incredibly influential in the Android market. For one, other companies honestly do pick up some of its tweaks and ideas, because they're usually the right ones. When Samsung adopted wireless charging (first as an option with the Galaxy S4, then as standard with the Galaxy S6), it grew into an expectation for flagship devices. Not including the feature in a high-end phone is now a point of major contention. And when Samsung made the Galaxy S5 water-resistant, it trickled down into a basic requirement for flagship phones, and a thing to be ridiculed when missing. Other common flagship features like AMOLED displays and curved screens can have their popularity traced back, at least in part, to Samsung. Even Google has been known for integrating or cloning plenty of Samsung's software changes into stock Android itself over the years. Samsung's decisions are profoundly influential, especially when it comes to hardware. 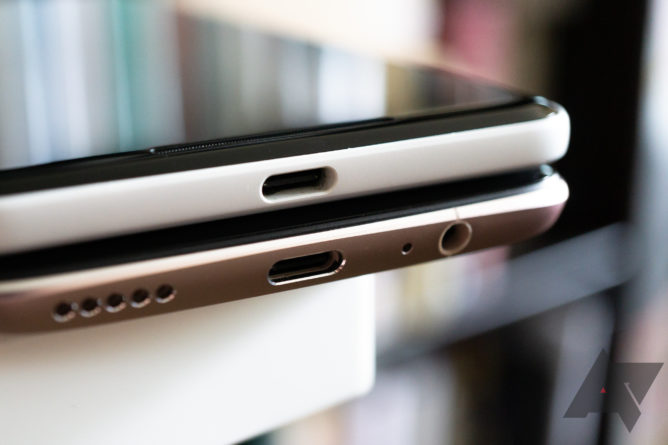 Even when Samsung is late to a change, like the switch to a unibody design/killing the removable battery with the Galaxy S6, its decisions regarding a given feature usually spell the end for the market as a whole. The company may have held onto microSD expandability (who knows where that will ultimately end), but whether it's early or late to the party, Samsung is a reliable bellwether for the Android market, and the company just took the headphone jack away from its best-selling flagship series. That points the weathervane firmly and irrevocably at a 3.5mm jack-less future.

The fight for the jack is finished

Whether you agree or disagree with Samsung-as-Nostradamus, there's a far bigger reason to see Samsung's move as the end: For a lot of folks, Samsung is Android. It's the elephant in the room, it has the lion's share of the market, and it's often championed as the default Android experience. When most non-tech folks think "Android," they don't even know what a "Pixel" is, but it's a name that's synonymous with "Galaxy."

Samsung's phones are always at the top of the best-selling lists, and although last year's S10 had a headphone jack, the new S20 doesn't. In a lot of folks' minds, that means that "Androids" (the worst term ever) just gave up the headphone jack. The last popular stalwart for the aging but reliable audio standard gave up its 3.5mm ghost, a single change that will make a millions-deep impact in just the next month or two, far more of an effect than any other Android brand could make.

The headphone jack was basically dead, but this is the period at the end of the sentence. It's over, the fight for the jack is finished. Everything that follows will just be a footnote.

Samsung's crazy trade-in deals are back for the Galaxy S20, save up to $700