As Google crams more and more capabilities into Assistant, we've noticed a bit of a decline in the virtual helper's "intelligence." Things that used to work well have become hit-and-miss, others that seem obvious to our human brains are handled in a ridiculously dumb way, but at no point in time has Assistant shown off its true cluelessness better than in this latest bug, which is affecting one of our readers. Each time he wants to turn off the lights, he gets a YouTube video of a song about turning off the lights. Genius.

When our tipster, Brian, asks Assistant on his Nest Hub or his Android phone to "turn off the family room lights," Google answers back by playing The Kinks' When I turn off the living room light, even though it perfectly understands him. On his JBL Link 300, a third-party Assistant speaker with no screen, YouTube doesn't get triggered and the correct action is executed.

Notice the discrepancy between his request (family room) and the answer (living room). It's also worth pointing out that "family room" isn't some custom room name that Brian created, it's a default option available in the Google Home app. Assistant should normally know that this is a preset location in the house, that lights have been grouped inside it, and thus not go looking for bizarre actions to execute instead of actually turning off the dang lights in that room. 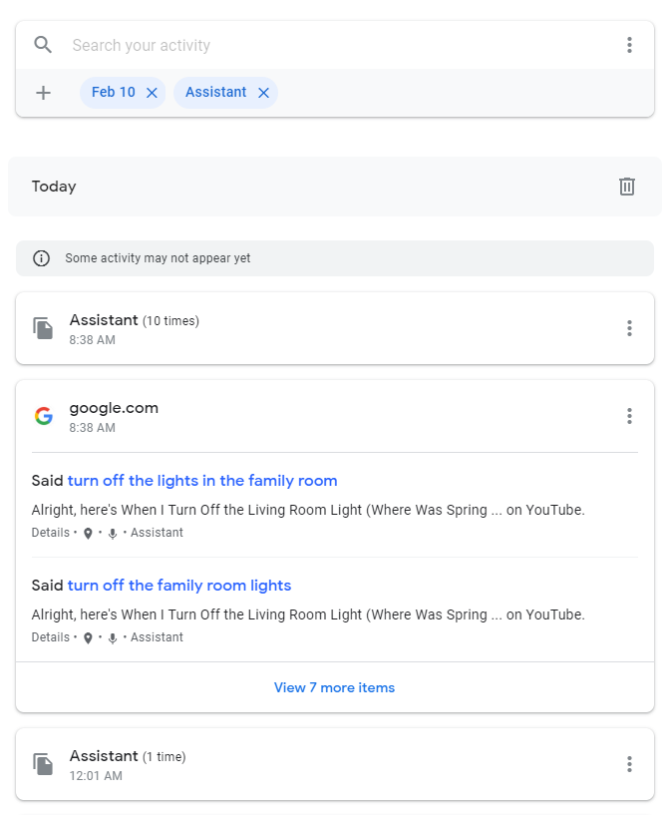 If you're facing a similar bug, the one trick that worked was to skip the "room" and ask Google to "turn off the family lights," which sounds very morbid. Brian also had to change several of his routines which include that command, to avoid the pesky video.

Although hilarious and not reproducible on our end, a bug like this can get pretty frustrating over time for those affected. Imagine Assistant playing a song each time you asked it to (warning: YouTube links) turn up the heat, close the door, open the gate, mop the floor, or this ubiquitous-in-songs expression of turning on or off the lights. It could be a fun, cheeky Assistant feature for April Fools', but we're still far from April and this has been happening for more than a week with no fix in sight.

Time to go back to pressing wall switches, like Neanderthals.

Huawei is releasing the Mate 30 Pro in the UK, months late and with no Google services