Samsung's latest and greatest takes flagship smartphone pricing to another level, but at least the $1,400 Galaxy S20 Ultra supposedly promises some of the most dramatic camera improvements the series has seen in recent years. It features a quad-camera system that includes a 108MP main sensor (f/1.8), 12MP ultra-wide (120˚, f/2.2), 48MP telephoto (f/3.5), and a depth sensor thrown in for good measure. On the front, there's a 40MP selfie cam (80˚, f/2.2). Let's take a look at what this pricey camera array is capable of.

The Galaxy S20 and S20+ are getting a 64MP main imaging sensor, but that's nothing compared to the whopping 108MP hardware on the S20 Ultra. That pixel count is impressive, but it will mostly output 12MP images thanks to nona-binning tech (combining nine pixels into one). Each "pixel" is then technically three times the size of those on the main sensor of the Galaxy S10. This means the camera on the S20 Ultra can take in more light, which should amount to better low-light performance and generally brighter, clearer photos. A lot will depend on how Samsung's camera software processes all of this new information, however, so we'll have to wait and see how much this improves upon last year's S10 series and the Note10 lineup, if at all. You will be able to force the camera on the S20 Ultra to take full-resolution images, and sometimes it will even choose this setting automatically if the AI decides it will better suit the situation. 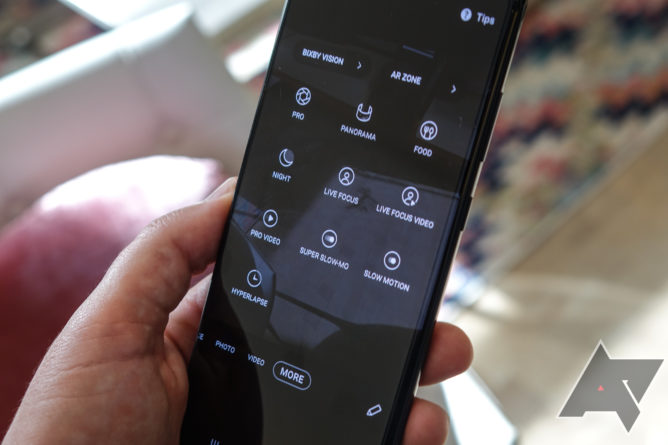 More megapixels also helps in the video department — the S20 Ultra can capture 8K video at 30fps that can then be easily streamed to a Samsung 8K QLED TV. The Video Snap feature allows you to extract 33MP photos from these videos after taking them, which could be handy. Super Steady tech with anti-rolling stabilization and AI motion analysis should ensure you home movies looks super smooth.

While the rectangular folded periscope lens has this 100x label next to it, it's actually only responsible for 4x of actual, optical zoom. Then from 4x to 10x, we're looking at a sensor crop tactic Samsung is calling "Hybrid Optic Zoom" that should still make for a decent amount of detail. Past 10x, and all the way up to 100x, the S20 Ultra uses digital processing to fill in the blanks. 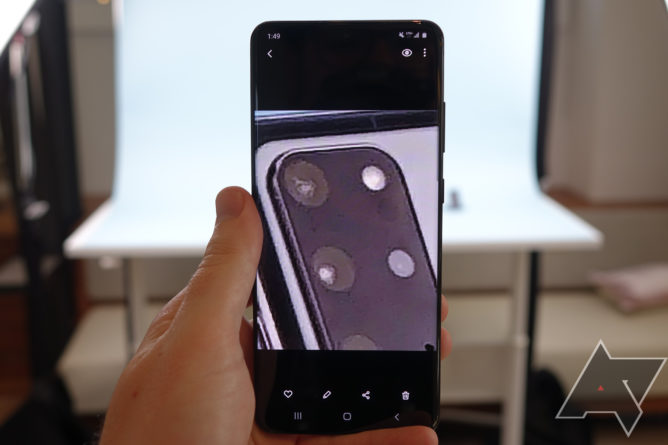 It remains to be seen whether photos zoomed to this extent will be worth taking or whether it's more of a marketing ploy — this is something we'll cover in detail for our full review. Without OIS to steady the ship, it might be that 10x is about as good as it gets without producing muddy, blurry shots, but that's okay. That pits it against other high-zoom camera phones from the likes of Oppo and Huawei, which show that camera modules of this kind can be worth having.

The third most important lens on the back of the S20 Ultra is the one everyone wishes the Pixel 4 had — a 120˚ ultra-wide for taking in more of any given scene. Wide-angle lenses on Samsung's flagships have left more than a little to be desired previously, so we're hoping this one can break with tradition and perform more respectably. The fourth and final camera on the rear is a time-of-flight depth sensor that will be used for bokeh portrait shots and various AR functions, if you're into that sort of thing. For those all-important selfies, Samsung has included a 40MP front-facing camera inside the centrally placed punch-hole cutout. It'll produce pixel-binned 10MP photos of your own face so you can gleefully share them with your expectant friends. 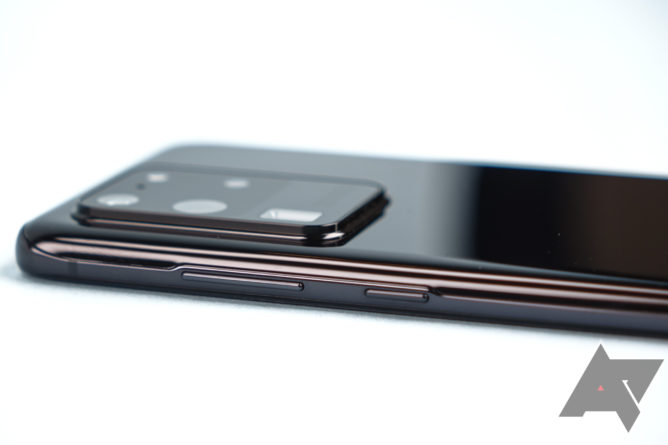 New camera hardware would be nothing without new camera features, and while the S20 Ultra has its fair share gimmicky tricks that you'll never use, there are also some genuinely intriguing new capabilities. Single Take leverages the phone's AI to combine numerous sensors, crops, and filters for a 10-second shot that offers you a wealth of end results to choose from. The new Night Hyperlapse mode could also be fun to play with, although it will require you to keep the phone really still so you'll want to use a tripod for the best results. Maybe you should just get the Galaxy Z Flip instead since that can act as its own tripod, sort of. 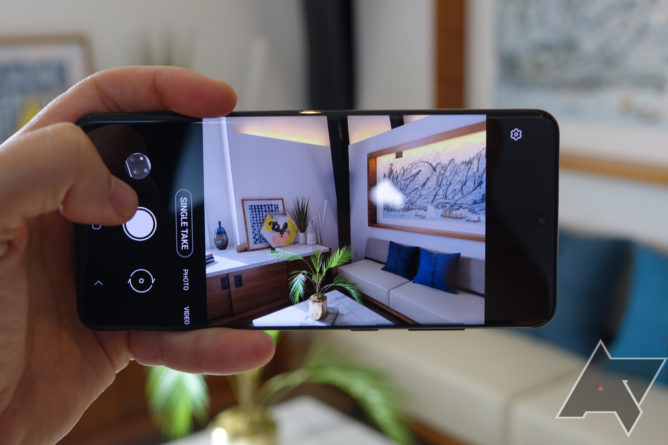