The Indianized version of Google Pay has cornered the largest chunk of India’s UPI market, piggybacking the username-based P2P payment system. Launched as Tez, Google rebranded the app to Pay following the global consolidation of its payment solutions, though the app retained its distinct functionality that contrasts with its stateside counterpart. About two years into its existence, the app is now getting a design change under Google’s refreshed material guidelines, tidying up some of its UI elements. 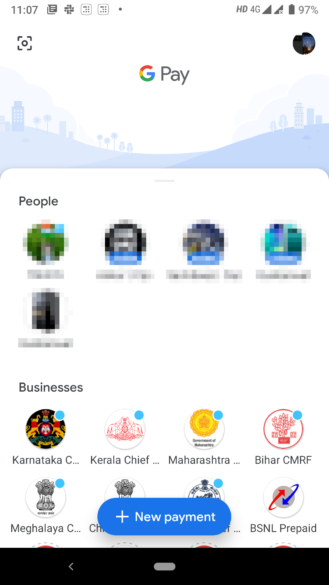 The app’s welcome screen has been overhauled with a cleaner look, doing away with the Nearby payments option and decluttering the suggestions section. In the header region, the user’s name and the associated UPI ID are now gone, and only the display picture now sits in the right corner. The opposite side is occupied by an icon to trigger the QR code scanner, which was previously listed in a clunky overflow menu. The New payment option now has its own floating action button at the bottom, which takes you to a revamped search area. 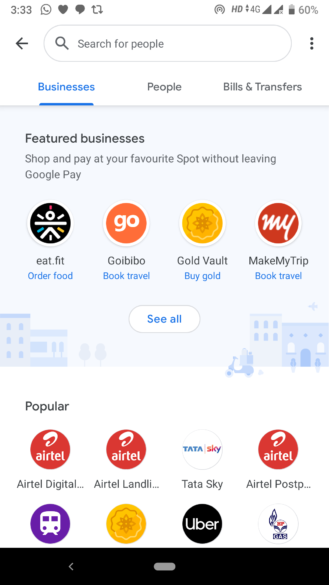 Google’s Material Design elements are abundantly present in the search section that is now neatly ordered under three tabs — Businesses, People, and Bills & Transfers. The older interface arranged everything on a single page, adding to its clutter. Additionally, some icons have been flattened and the search bar has changed its shape to match other Google apps. 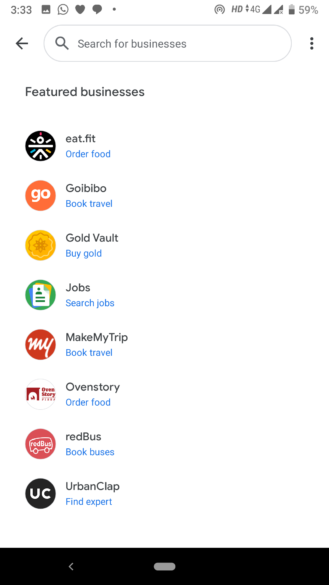 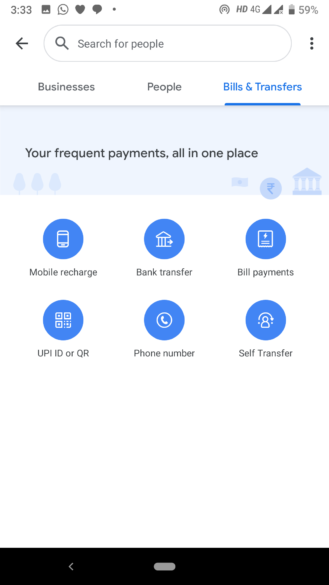 The profile section has also undergone a similar cleansing treatment, which now judiciously utilizes the header area. Your personal details, a custom QR code, and your reward earning’s total are accessible from the same screen, while all scattered menu options have been put together under Settings. 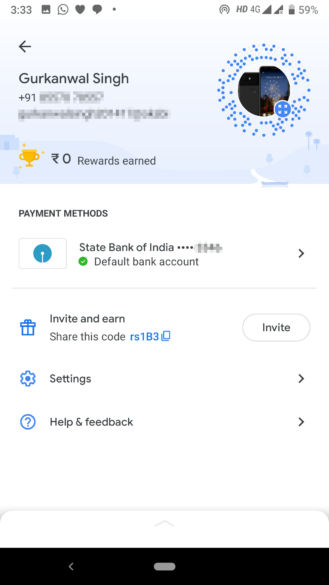 All these changes appeared for our tipster on the stable Google Pay app version 47.0.001_RC02 (APK Mirror). However, even that release still shows me the older UI, suggesting we're looking at a server-side change.

Google is rolling out the new Material UI to a broader userbase in India with a slightly tweaked design versus what it was testing back in November. The New payment section now has just two heads, consolidating People and Bills & Transfers, instead of three. Bill payments is now a separate button under the new heading, while the rest of the interface has remained unchanged.

In what appears to be a server-side switch, the Google Pay (Tez) app began receiving the update over the past week or so. The redesign recently appeared for one of our readers and me on the stable app version 51 sourced from the Play Store. Meanwhile, the newer v52 is already live on APK Mirror, which you can download and check for yourself.

Ok Google, don't be derpy: Assistant plays a song every time this guy tries to turn off his lights