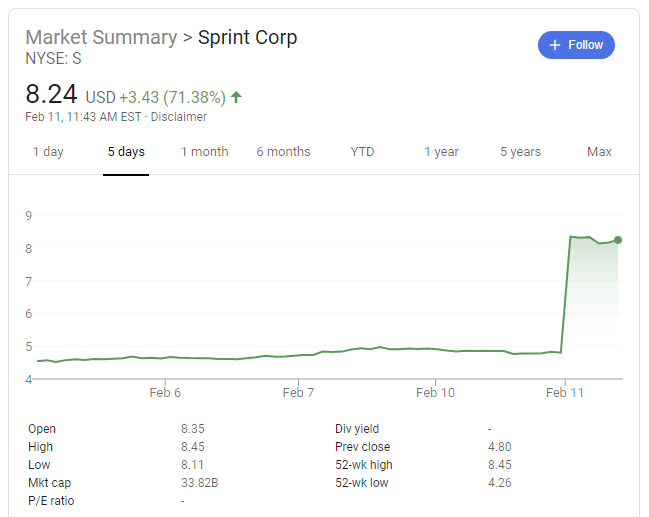 All aboard the Sprint train.

As you'd expect, both Sprint and T-Mobile hailed the decision as being the correct one, championing how the new bigger T-Mobile will be better for consumers, increasing rather than decreasing competition, even as customers in the US would technically lose an option. It anticipates it could finish the process as early as April 1st — presumably, that's not one of T-Mobile's well-known (and frankly pretty good) April Fools' Day gags.

This probably won't be the end of this story, the states can (and likely will) take their grievance to the appeals circuit, and potentially as high as the US Supreme Court, which could drag the process out through the next election cycle. Depending on those results, we could see political attitudes regarding the merger change.

The Federal Court has given the T-Mobile/Sprint merger its blessing, rejecting the state's claims regarding the potential for things like reduced market competition and denying the state's request for an injunction against the merger.

Our original coverage, based on earlier leaks regarding this decision prior to its publication, is just below.

The Wall Street Journal is reporting from sources that a federal district judge will decide against a states' attorneys general lawsuit, effectively approving the merger between Sprint and T-Mobile. The ruling is expected to become public tomorrow and could pave the way for the fourth-largest national wireless carrier to combine with the third-largest.

The substantial real barrier for the $26 billion deal after the FCC and Department of Justice rubber-stamped it were 14 state AGs who determined the existence of the so-called New T-Mobile would remove competition from the market, pass on more costs to consumers, and is endemic of a lax regulatory regime.

Sprint and T-Mobile have made a number of concessions — a 3-year freeze on service plan rates, the divestment of Sprint's prepaid carriers to Dish, and rural infrastructure commitments among others — since they announced their intentions in April of 2018.

While the deal could have been closed after federal approval, the carriers intend to do so after resolving the states' lawsuit. The attorneys general may push their case to the appeals circuit.

AR Live View for Google Maps broken for some Pixel 4 and 4 XLs, but a fix is rolling out