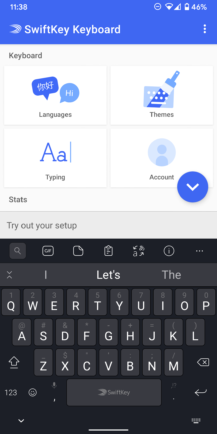 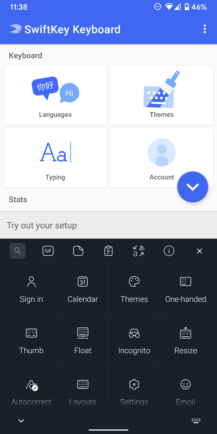 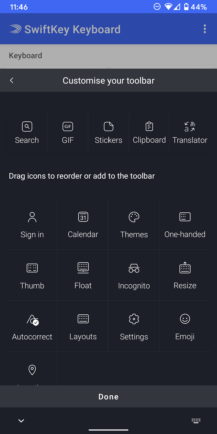 The new settings interface looks nifty in blue, but you're limited to a total of five custom buttons in the toolbar.

Just like before, you can still customize all the other functions except for the support button, but due to the lack of scrolling, you can't add more than five shortcuts of your choosing. You need to tap the three-dot menu at the right to access more functions, which feels clunkier than a quick swipe, especially when you're in the middle of typing. 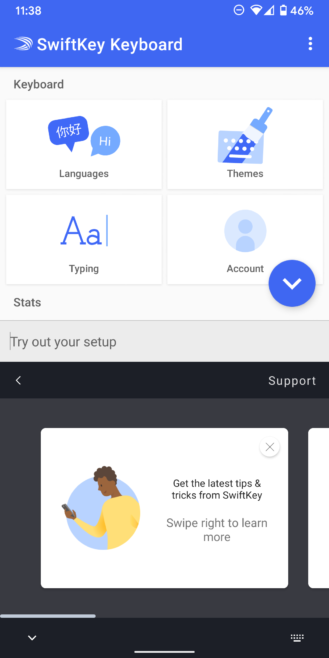 The support button might be great to introduce new users to the keyboard's unique capabilities, but for people who already use SwiftKey, it just gets in the way. When you tap it, it tells you how you can customize the toolbar (ironic, I know), and also gives you shortcuts to themes and more languages. 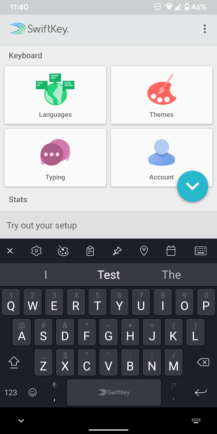 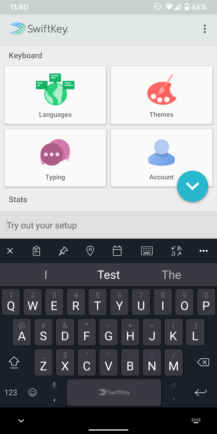 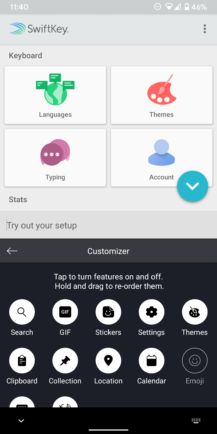 Left & Middle: The scrolling toolbar used to fit many more icons. Right: You could fully customize and reorder all buttons.

Many users have already flocked to the Play Store to complain about the change, with some experiencing even more issues like worse predictions and seemingly random periods popping up in the middle of their sentences. Most of these reviews have been showing up only since the update started rolling out, so it looks like there have also been far-reaching changes that impacted the performance for many.

The latest version is already rolling out on the Play Store, but you can also get it on APK Mirror. If you'd like to revert to the older release preceding the toolbar redesign, we've got you covered, too — but be prepared that it might not work indefinitely. Hopefully, SwiftKey will reconsider the redesign and make the support button removable, at least.