While many bilinguals have their issues with Google's speech-to-text algorithms, native speakers or those who have their phones set to one language only generally don't suffer from too harsh inconsistencies. But Google has started adding an incredibly error-prone automatic punctuation feature to its voice typing input method that can't be turned off, and it's driving. People. Nuts.

Let's first note that Gboard dictation is not affected by this. Only Google's voice typing mode that comes without an actual keyboard attached to it is exhibiting the behavior at the moment. It's the one you need to choose from your list of alternative input methods, named "Google voice typing." 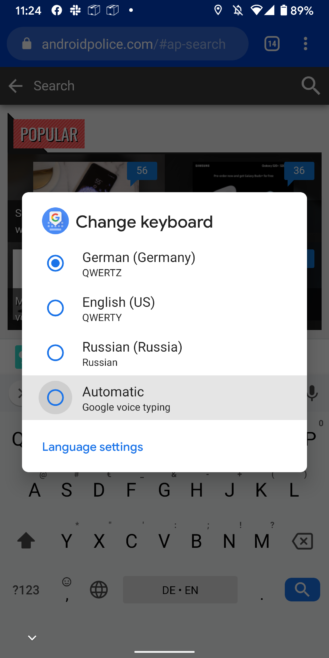 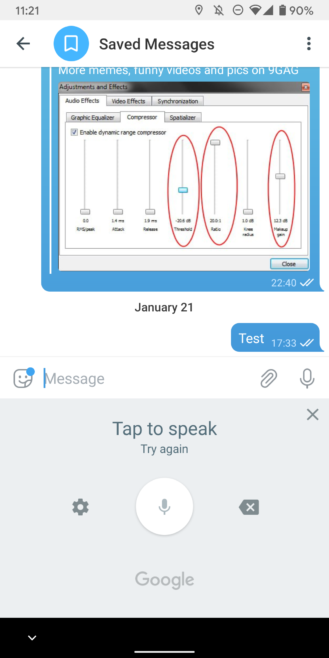 Following a Google app update at the end of January, commas and periods are being added automatically for many users of this input method. It's a good idea on the surface, but Google often ends up inserting punctuation in the wrong spots, even adding some periods in the middle of sentences randomly if you pause too long between words. Before, voice typing only added punctuation you explicitly stated, like "period" or "comma."

People who use the speech-to-text feature have been flocking to Google's support forums to report these problems. One post has even aggregated more than 400 replies so far, full of commenters chiming in with similar issues. The original poster has an example at hand:

So today I noticed for the first time that my dictation. Is breaking up. Words and making me type short sentences if I don't speak fast enough. Basically, it's trying to insert punctuation. Intelligently and it's not working at all.

When we tested the feature ourselves, it was indeed a hit-or-miss experience. We managed to capture a positive example on camera, but as evident by the massive number of complaints, there are many instances when speech-to-text completely botches up punctuation.

We suspect the changes may have been made to bring the voice typing experience on par with Google's Recorder app that automatically transcribes what you say, including punctuation and paragraphs. Compared to the Recorder, the algorithms of the speech-to-text input method seem to be far less accurate, though. It's certainly possible that what we see here is work in progress, accidentally rolled out widely before it was finished.

There's currently no way to turn off punctuation in the input method's settings, but at least there's a temporary fix if you absolutely rely on dictation. You just have to uninstall all updates for the Google app on your phone and automatic punctuation will stop. To do this, head to the app's Play Store listing and hit "Uninstall."

Google has reportedly identified the root issue behind this odd-punctuation behavior, and developed a fix. Initially released over the past weekend, the update should make its way out to users everywhere over the course of the next few days.