Back in August of 2018, the stylish auto-runner Bendy in Nightmare Run was released on the Play Store by Joey Drew Studios, and it has been wildly successful, picking up over 5-million installs over the last year and a half. Shortly after Nightmare Run's release, the followup Bendy and the Ink Machine landed on Android as a first-person action-horror game, continuing the spooky theme of Nightmare Run. Today the offshoot title Boris and the Dark Survival has arrived on the Play Store. Just like the last two games in the series, you can expect an unnerving experience where you'll have to use your wits to survive an evil Ink Demon stalking your every move.

I've linked the trailer for Boris and the Dark Survival above so that everyone can get a good look at what the game has to offer. The Play Store description stipulates that this is an adventure game where you are tasked with avoiding an Ink Demon in an abandoned cartoon studio. To survive, players will have to scavenge for supplies while keeping on the move, much like Bendy and the Ink Machine, but this time around, the game is presented in a casual top-down view. Stamina will play a major role in staying on your feet, so food is necessary to survive, and those that are willing to search out hidden unlockables may just last long enough to reach the end of the game. Just keep in mind that the game does not offer save-states, so you will have to tackle this release from the beginning each time you play.

All in all, I am delighted to see a new release from Joey Drew Studios. The developer's last two mobile games were a hoot, and Boris and the Dark Survival is another solid release, though it's casual roots shine through, which is probably why the title only costs $0.99. Still, it's an enjoyable game, and clearly, it won't break the bank if you decide to play. So if you'd like to pick up Boris and the Dark Survival today, you can do so through the Play Store widget linked below. 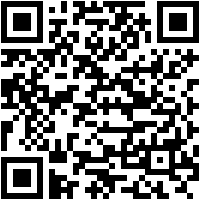