Graphene technology is, without a doubt, the best mobile battery innovation to emerge in the 21st century. Not only do graphene batteries hold up to 20% more energy than a lithium-ion alternative of the same size, they also generate far less heat while charging. Consumer products packing this next-generation tech are still quite rare, but you can be one of three lucky winners to own a Chargeasap Flash portable power bank crafted with graphene cells. Here's what you need to know.

The Flash power bank by Chargeasap features a gargantuan 20,000mAh graphene battery and four outlets, which include 1x 100W USB-C Power Delivery port, 2x fast-charging USB-A ports, and a dual-coil 10W fast-charging wireless pad with a 2.5W element capable of juicing up a phone or an Apple Watch. When used in tandem, the Flash can push a total of 150W through all four ports at the same time. Finally, when being recharged, the Flash can reach 16,000mAh (80%) in just 25 minutes and hit 20,000mAh (100%) in 1 hour. 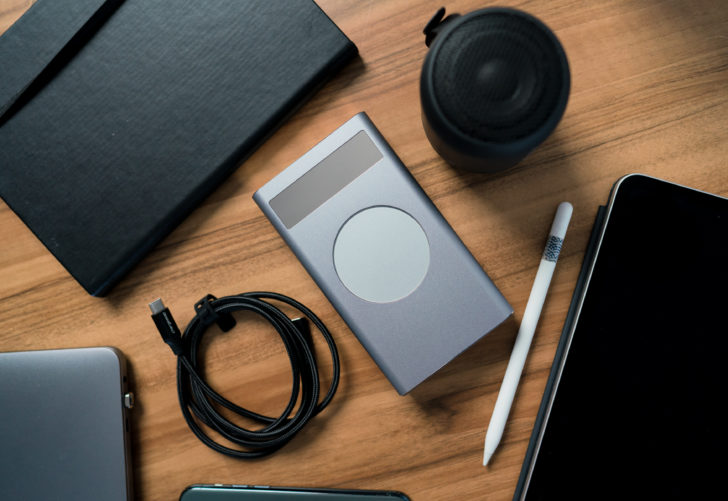 Back the Chargeasap Flash now and save

If you'd rather not take your chances on being one of the three winners, you can back the Chargeasap Flash for a discounted price on Indiegogo. For a limited time, initial pledges can be made for $139/£107 (54% off MSRP); early backers that follow this link will also receive a free Infinity Cable valued at $55. After this launch period, pricing will increase to a limited round of $149/£115 (50% off MSRP) per contribution with no additional incentives before ending at a max tier of $169/£130 (44% off MSRP). The entire campaign will run from now through March 27, 2020 with the final product shipping to backers starting in April. The Flash will retail for $299/£230 when it officially goes on sale.

Although the Chargeasap Flash won't be available to backers until April, our three contest winners will receive their prizes in February, placing them among the first in the world to get their hands on this new product! The contest will run from February 3, 2020 until 11:59PM Pacific Time on February 9, 2020. Three winners will be selected to receive a Chargeasap Flash portable battery. This contest is open to all applicants worldwide. You can enter to win now by filling out any of the details listed in the widget below. Good luck!

Google Pixel 4 / Pixel 4 XL case roundup: Reviews of the best (and worst) cases out there (Updated)