Many people take legal residences and their significance for granted, but in a lot of places around the world, some individuals don't have or use proper addresses. This makes it hard to access banking and emergency services, let alone receive mail. In a blog post dedicated to Google Maps' 15th birthday today, Google CEO Sundar Pichai has shared his vision on how these people may someday be able to use the company's open-source plus codes as an alternative.

The 10-character-long plus codes consist of area codes and local codes, the former of which can be substituted with city names. That makes them easier to remember than coordinates and gives them some advantages over real addresses. They're much cheaper as they're completely mapped out already and don't need to go through legal approval processes like street names have to. You can also use them to describe locations with much precision, as the codes can get detailed enough to let you distinguish main and side entrances. 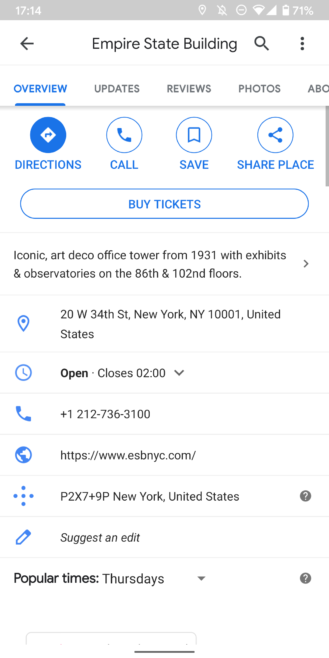 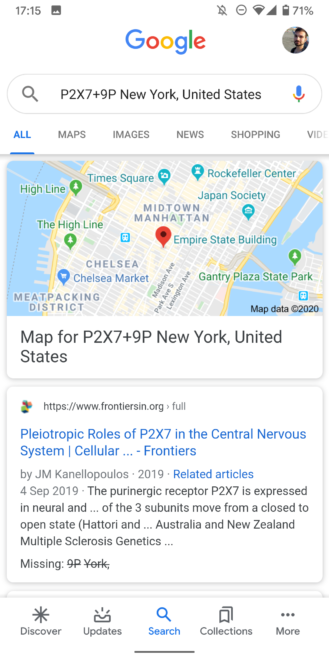 Plus codes have been working with Google Maps and Search for a few years already.

Among many other topics, Google's leader writes,

One of the next frontiers for Maps will be to help the billions of people who live without a physical address get a digital one. These open-source digital addresses, called Plus Codes, are based on latitude and longitude coordinates, rather than a street address, and can be used freely by anyone. With a digital address, more people will be able to access things like banking and emergency services, receive personal mail and deliveries, and help people find and patronize their businesses. It's still in early days, but we're excited about the potential.

Making banks, emergency responders, and postal services accept plus codes as an alternative to street addresses is certainly ambitious, if not unrealistic. However, Pichai dedicates a whole paragraph of one of his rare blog entries to the topic, which makes us think he takes the issue very seriously and might be working on a plan to make plus codes more ubiquitous around the world.

Plus codes wouldn't only help those without legal addresses, but also people in countries where proper location terms are rarely used outside of official communication. Our own Rita writes that in her country, Lebanon, you'd rather describe routes instead of actual locations, like this: "Take the second right turn after the chicken restaurant, continue straight past the two gas stations, it's the first building on the left after the falafel stand, with a flower shop below it and facing a pharmacy." If plus codes were more popular, they could help people navigate these countries more easily.

You could also take another, less optimistic stance on this topic and claim that Google tries its best to capitalize on some people's lack of proper addresses. But that disregards the fact that plus codes are open-sourced and free to use, so other parties like OpenStreetMap, Apple Maps, and even governments could support them if they wanted to. If Google manages to make plus codes more popular, it could very well make many people's lives easier.

Here is every feature added (and removed) in Chrome 80