Firefox developer Mozilla is busy redesigning its mobile browser from the ground up with an in-house engine running underneath. Called Firefox Preview, the experimental browser got a feature-packed update not too long ago and moved a step closer to the stable version last month. Its developer-focused Nightly build is now getting one of its most sought-after features, as support for add-ons/extensions arrive with the popular ad blocker uBlock Origin leading the way.

After installing the latest version of Firefox Preview Nightly from the Play Store, you can head to the Settings menu, where you’ll find the Add-ons option mentioned under the Advanced head. Clicking on the option takes you to the recommendations screen, which only lists one add-on at the moment—uBlock Origin. Once installed, you can interact with all your extensions from the same screen. The ad blocker gives you granular control over its filters and whitelist under its Settings, besides listing all access permissions it has. 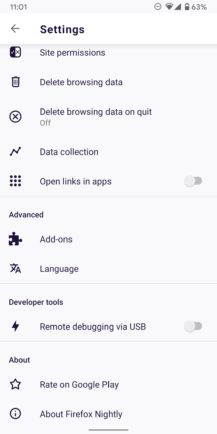 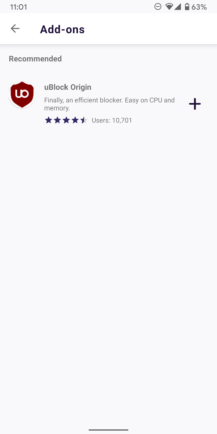 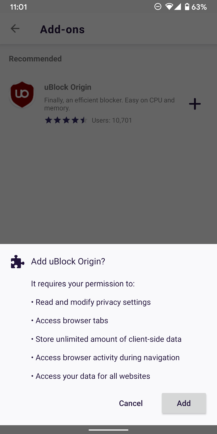 This Nightly build sets the base for Mozilla’s future mobile browser that will replace the current stable app, which hasn’t seen a major update in months. For now, add-ons aren’t available for Firefox versions outside Preview Nightly, which is prone to crashes and bugs, and probably shouldn’t be used as your primary browser. However, you can still give it a try by heading to its Play Store listing or grabbing the APK file from APK Mirror.