If you don't want to deal with sideloading the Play Store on an Amazon Fire tablet, Samsung's budget Tab A devices are decent alternatives with all of Google's services preinstalled. Now you can get an open-box version of the 2019 Galaxy Tab A 8" for just $99.99, a savings of roughly $50 from the usual new price.

This tablet has a Snapdragon 429 processor, 2GB of RAM, 32GB of internal storage, a 1280x800 IPS display, and Android 9 Pie. There is a microSD card slot for expansion, and the seller even includes a 32GB card with every purchase, but Samsung hasn't enabled adoptable storage on this tablet (so apps won't be automatically moved to the SD card in the background). It sadly uses a microUSB port instead of Type-C, but at least there's still a headphone jack — that's something the $650 Galaxy Tab S6 doesn't have. 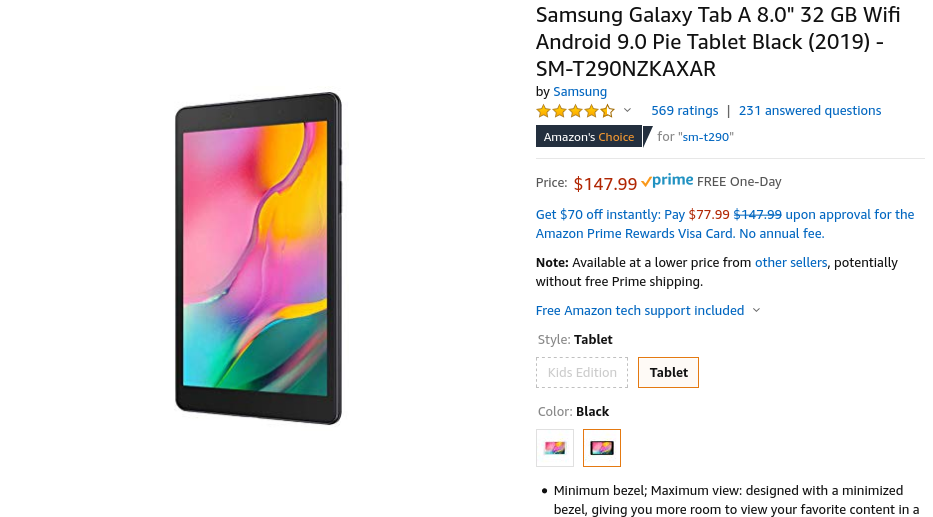 While this might not be the best tablet for gaming or other high-performance tasks, the Snapdragon 429 still outperforms the MediaTek MT8163V/B in the latest Fire HD 8 by as much as 50% (depending on the benchmark). Samsung's One UI is also a whole lot nicer to use than Amazon's heavily-modified build of Android.