Rumors and leaks abound about Samsung's upcoming flagship, the Galaxy S20. This week, we got one straight from the horse's mouth: a case for the S20 was briefly listed on Samsung's German site, pictured with the phone inside. The goof comes just days before the phone's official announcement.

The S20 is expected to be announced at Samsung's upcoming Unpacked event, which takes place a week from today on February 11 (the event could also debut the Galaxy Z Flip). The case's product page showed both front and back views of the phone and didn't offer any surprises; it's got a hole-punch selfie camera and a big, rectangular camera bump on the back. 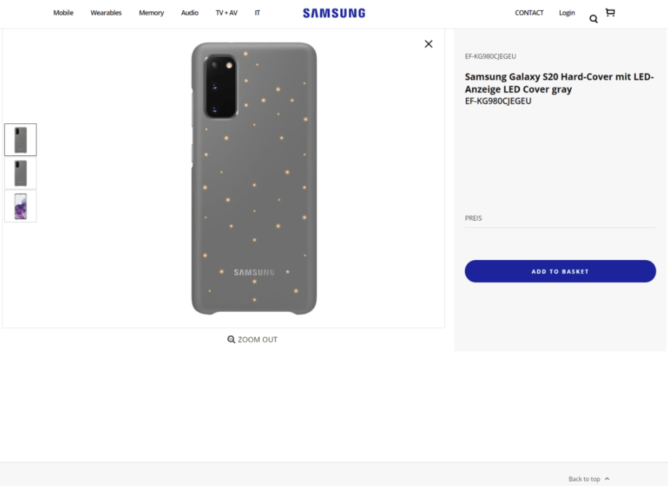 The case itself is similar to the LED case available for the Galaxy S10 that uses lights to signify incoming notifications, among other functions.

We should more about the S20 next week. In the meantime, reservations for the phone are live on Samsung's site.