It's been about a week since the last release and another new build of Windows 10 Insider has surfaced, bringing along more goodies for Android and Windows PC users. The newest build — version 18999 — updates the Your Phone desktop app with a new "Calls" feature that allows Android users to make and receive phone calls right from the PC.

The Calls feature was first announced at the August Samsung Unpacked event and later demoed at the Microsoft Surface event on October 2nd. Besides allowing Windows users to answer, decline, and initiate phone calls from the PC, Calls can also bring up your recent call history and seamlessly transfer calls between your PC and phone. Your PC's speakers and microphone are utilized for phone calls and the larger screens found on today's desktop monitors and laptops will improve the experience when using the dial pad and viewing contact information. 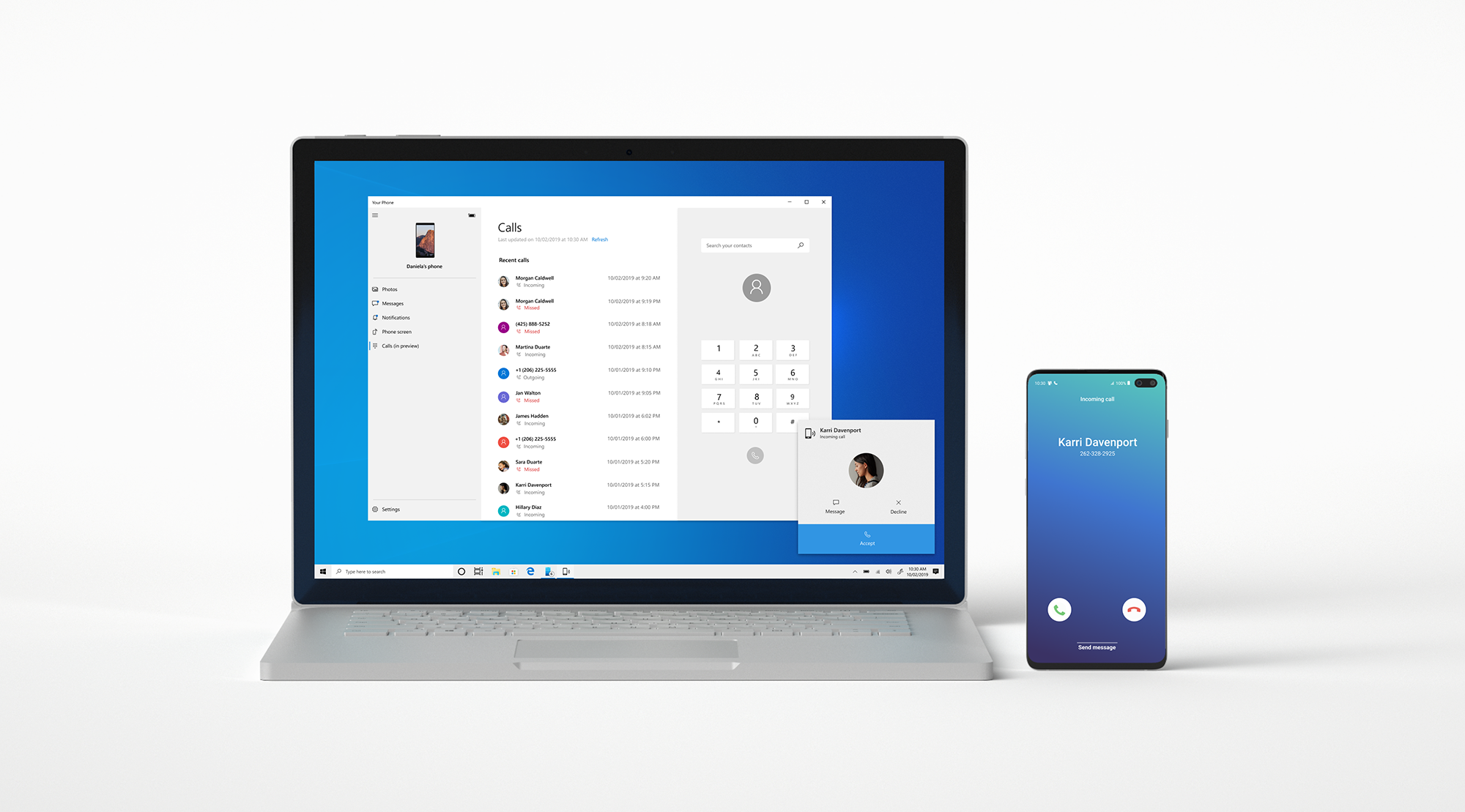 Microsoft is aware that the Calls feature is still somewhat buggy, advising that you might have to pair your phone and PC again when the connection periodically becomes lost.

Microsoft notes that for Calls to work with your phone and PC, the following are required:

To make all this work, you'll probably need Microsoft's Your Phone Companion app from the Play Store on the phone. On the PC side, you'll need the matching Your Phone desktop app to complete the connection.

As is usual for preview builds, the Calls feature is being rolled out gradually in stages and it may take a few days before you see it available inside the Your Phone app. Regular Windows 10 users can expect the Calls feature to become available sometime in 2020. If you'd rather not wait that long, go ahead and sign up to become a Windows Insider. Just be aware that Insider builds can be quite buggy and you might have to reformat your PC to go back to a stable version.

Microsoft has announced general availability for the calls feature.

Thank you #WindowsInsiders for your feedback over the last couple of months. Today, we're pleased to announce the general availability of the #YourPhone app Calls feature, which allows you to receive and make phone calls on your PC: https://t.co/m47kLcXgbS pic.twitter.com/4GuIOXjR71

Make sure your version of Windows 10 is updated, and grab the Your Phone app from the Microsoft Store. Samsung phones do still have some extra features in the Your Phone app, but now any Android 7.0 or higher device can do phone calls.

One month after Windows Insiders were able to make and receive phone calls through the Your Phone app on PCs, the feature is now rolling out to a much broader audience. All users with an Android phone running version 7.0 or higher linked with a Windows 10 PC will soon be able to leverage Bluetooth to make phone calls from their computers. This function mimics a similar feature iPhone and Mac users have enjoyed for years, so it's awesome to finally see an equivalent available to the Android/Windows community.