As LG continues to roll out Android 10 to the G8 series and sets its sights on the upcoming G9, now is a lucrative time to pick up some of LG's previous flagship hardware for cheap. Today, you can buy a brand new, factory unlocked LG G7 ThinQ for only $294.99 — the lowest price we've seen — at Amazon.

The LG G7 ThinQ features a 6.1" QHD+ display, dual 16 MP camera, and it has an IP68 dust and water resistance rating. Under the hood sits a Qualcomm Snapdragon 845 chip, 64 GB of storage with up to 2 TB of expanded microSD card storage, 4 GB of memory, and a 3,000 mAh battery. For audiophiles, the phone also comes with a standard 3.5 mm headphone jack. This model is factory unlocked and will operate on GSM and CDMA networks. 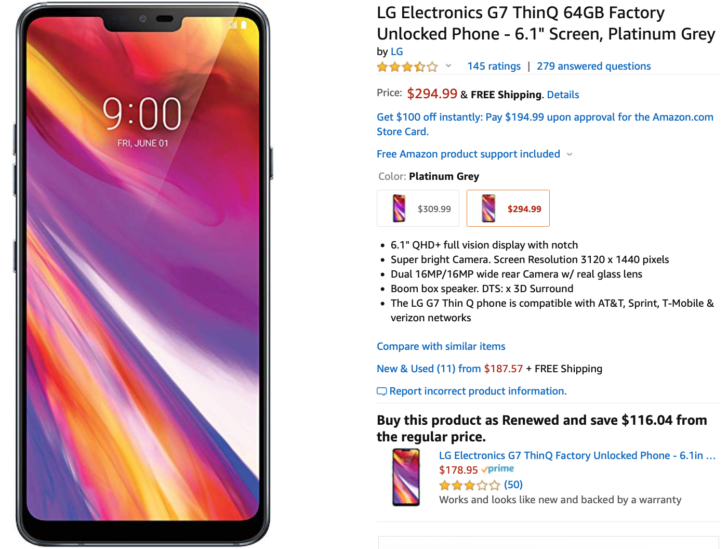 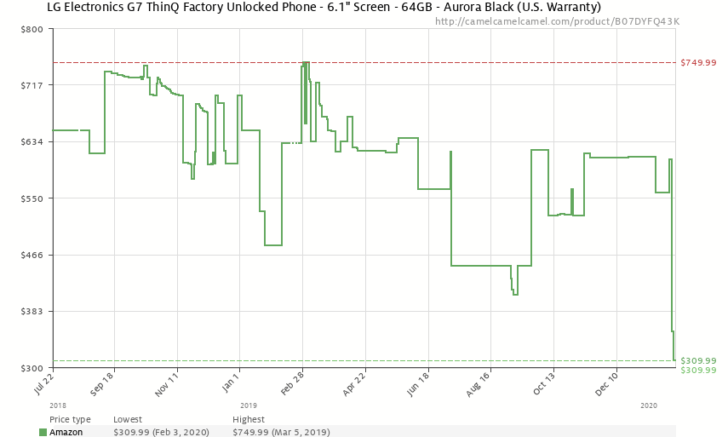 Unlike some of the G7 models featured in our July coverage, all of the phones in today's deal are brand new and straight from LG. For a bit of added confidence, they also include LG's official U.S. warranty. The Platinum Grey version is the most affordable of the two color variants, but both prices fall below what we've seen in the past.