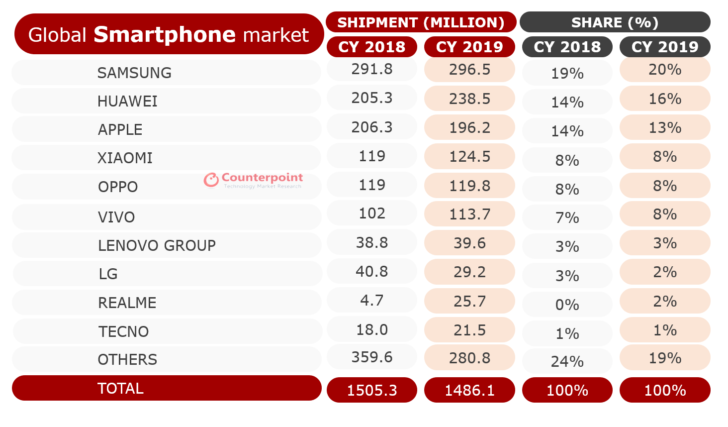 According to Counterpoint, more than 60% of all Huawei phones shipped in 2019 were bound for Chinese customers, the same market that both Samsung and Apple have struggled to crack. Meanwhile, Huawei's older flagships — like the P30 Pro — that are still able to access Google apps and receive Android updates have fueled sales in countries where the US government ban has had a larger impact. This has effectively sandwiched Huawei (~240M phones) neatly between leader Samsung (~290M phones) and third place Apple (~200M) for the 2019 fiscal year. 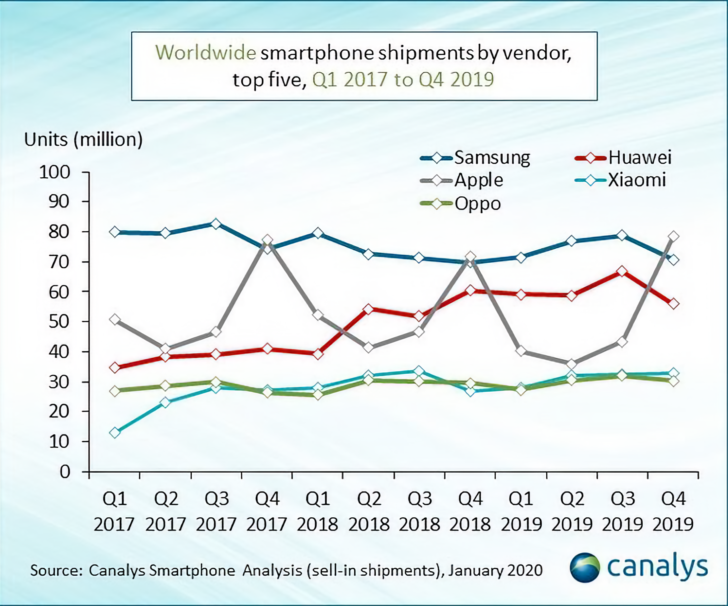 Although Huawei may have overtaken Apple in terms of units, this news isn't all positive. According to data gathered by Canalys, Huawei's shipments dropped 7% in Q4 2019, signaling the company's first quarterly decline in two years. Samsung also saw its first slump since 2018, while Apple surged to new heights, lending credence that this could just be a holiday season blip for the big three. We'll have to wait until Q1 2020 to know if Huawei's decline will continue or if the company will be able to rally ahead.

Why YouTube videos 'made for kids' won't play in the miniplayer: A summary of COPPA compliance