As you can see in the trailer linked above, Might & Magic: Chess Royale is indeed an auto chess clone that contains a Might & Magic skin. Since the title isn't officially available yet, all we have to go on so far is the information offered on the Google Play Store listing. First and foremost, Ubisoft has made it very clear that the game will provide massive battles, where fans will fight 99 other players in real-time to see who will be the last hero standing. Of course, classic Might & Magic heroes will make up your forces in this high-fantasy universe, so expect to spend a lot of time collecting and upgrading these heroes if you want to stay competitive. Ideally, each match should only last up to ten minutes, which makes this a fitting choice if you are looking for short sessions from your auto battler.

What we don't know is when the game will be officially released, or how it will be monetized. So far, the official Facebook page for Might & Magic: Chess Royale is blank beyond a few profile pictures, though there is a dedicated subreddit, but it too looks to be dead at the moment. I was able to find a couple of gameplay videos on YouTube that date back to December, so it would appear that a closed beta (in Finland) already took place with little fanfare.

So there it is. Ubisoft will soon be jumping into the auto battle genre with Might & Magic: Chess Royale. While I can't say this is a game that appeals to me, especially since there are already more than a few auto chess games already available on the Play Store, I suppose those that are really into the genre may get a kick out of the larger battles, shorter sessions, and M&M theme. Of course it would be easier to judge the game if we knew how it will eventually be monetized, or when we should expect the official release. So as always, once we learn more, expect an update from yours truly. Until then, feel free to pre-register though the Play Store widget listed at the bottom of the page.

Discover the first massive real-time 100 players autobattler in the Might & Magic Universe!

Fight 99 other players on a real-time chess battlefield and be the last hero standing! Re-discover classic units and heroes from the Might & Magic high-fantasy universe and create deep strategies in ten-minute competition!

Developed for Mobile and PC, this new genre-breaking game is inspired by a mix of the Battle Royale and the Autobattler genres, the two hottest trends of the video game market. With a High Fantasy artistic direction, Might & Magic: Chess Royale present a unique gameplay experience.

Choose your Hero, build your powerful team, recruit new units, create synergies and fight to be the last one standing!

Who will win the Chess Royale?

Experience a completely new take on the autobattler genre:

10 MINUTES GAMES FOR THE WIN

Requirements iOS 10 or later / Android 6 and above

An online connection – 4G or Wi-Fi is required

Might & Magic: Chess Royale is available a day early 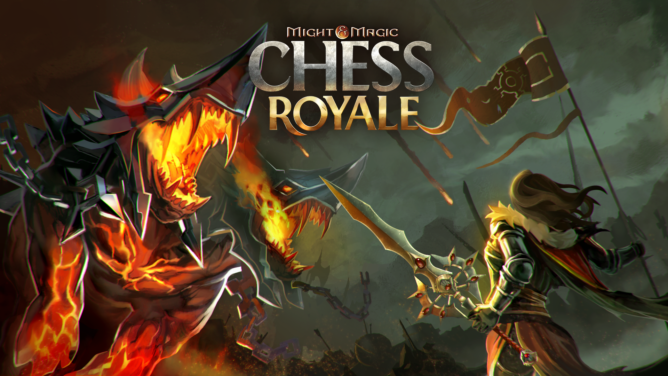 Two weeks ago, we learned that Ubisoft's strategic auto-battler Might & Magic: Chess Royale would be coming to Android on the 30th of January, but apparently, someone jumped the gun a little early since the game is available on the Play Store right now. Sadly, it would appear that the game is currently having issues with its servers, to the point that all Play Store reviews are negative.

Now, I was able to get past the loading screens to play my first match, and as expected, the gameplay is barely explained to the player since the game drops you into your first match with zero warning. So unless you're familiar with the mechanics of the auto chess genre, you're going to have to have a rough time starting with this release.

One thing that does strike me as odd is that there is no monetization to be found in Might & Magic: Chess Royale despite today's worldwide release, so as it stands, the game is actually free to enjoy, though somehow I doubt it will stay that way. I suppose the real question is, when will the monetization hammer drop, and how bad will it be? I guess we'll simply have to wait and see.

One Hundred Players Clash in Might & Magic®: Chess Royale, the Strategic Auto Battler for PC and Mobile

PARIS — January 30, 2020 — Today, Ubisoft announced that its fresh twist on the popular auto battler genre, Might & Magic®: Chess Royale, is now available as a free download on PC, iOS and Android. Set in the classic Might & Magic universe, the game fuses the large scale epic PvP action of a battle royale with a deep strategy element. Pitting 100 players against each other in quick-fire matches, Might & Magic: Chess Royale requires players to develop their tactics to analyze, adapt and annihilate in a field of 100 opponents to emerge victorious.

Developed by Ubisoft Paris mobile and Ubisoft Bordeaux, Might & Magic: Chess Royale delivers the PvP action of an auto battler on a previously unseen scale. Featuring a cast of well-known characters from the Might & Magic mythos, all recreated in the series’ signature high-fantasy art style, players recruit from a roster of units, including Dryads, Druids and Vampires, to dominate their opponents. Gameplay takes place in rapid 10-minute rounds with players spending gold between duels to assemble their squad from a random pool of units. Once deployed in custom formation on the battlefield, the clock counts down before players unleash hell on their opponents in the hope of surviving to fight again in the next round of the battle royale.

Might & Magic: Chess Royale offers an abundance of strategic depth to auto battler fans looking for a new challenge. Players must decide whether to keep investing gold early on smaller units or save up for late-game titans such as the all-powerful Archangel. As matches progress, players choose between recruiting even mightier units or merging existing ones to create even heavier-hitting versions. Synergies between units and factions need to be monitored to activate powerful buffs that can tip the balance of power.

Putting the magic firmly into Might & Magic, the game also gives players the ability to acquire spells from a rotating spell pool, which can turn the tide of battle at the very moment they’re staring defeat in the face.

Only through sheer cunning, guile and might can players hope to dominate the 100-player battlefield, crush real-world opponents and emerge as the ultimate champion of Might & Magic: Chess Royale.

Features:
• Battle in a field of 100 players from around the globe in an epic tactical battle royale.
• Build an army from a range of classic Might & Magic units that grow in power with each round.
• Classes and factions create powerful synergies for extra strategic depth.
• Acquire spells to gain a vital edge and turn the tide of battle.
• Epic art style that evokes the franchise high-fantasy roots.
• Win, lose and evolve your strategy in a series of rapid-fire games.

Might & Magic: Chess Royale is available now to download for free on Uplay PC, or on mobile from the App Store and Google Play. 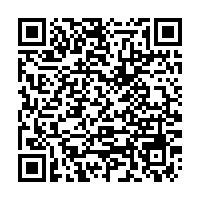 Add to playlist button appears in Google Podcasts for some, but it doesn't work yet