Each year, the Unicode Consortium receives innumerable suggestions of new emoji to add to the already exhaustive library of designs. Emoji 12.1 was released this past winter and included such hits as "farmer with pitchfork" and "person with probing cane." By the end of this most recent proposal cycle for Emoji 13.0, Unicode had picked roughly 60 designs that now go on to be officially designed and distributed by each emoji-using platform. 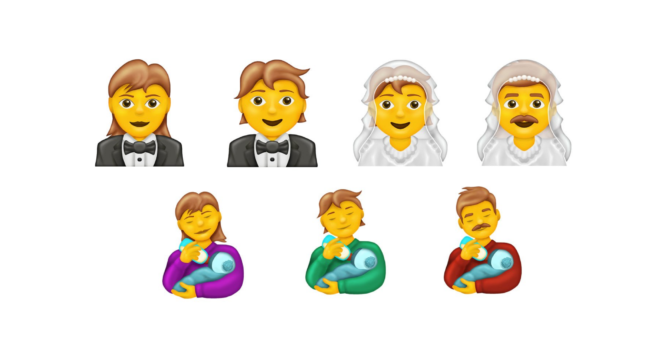 Emoji updates are generally released via OS upgrades; Emoji 13.0 is expected to drop with Android 11 this fall. Google is among the hundreds of individuals and entities that make submissions each year for new emoji, and for this year's submissions, Google chose to focus its effort on representation, inclusion, and diversity. It included emoji for all genders (and gender-neutral individuals) in wedding garb and caring for a child, as well as the transgender flag. Google also successfully submitted "two people hugging" and "slightly smiling face with tear," both intended to show a broader range of emotions and supportive context.

For more ultra-specific usage, a mammoth, dodo, teapot, and polar bear emoji will also be made available. There are even bubble tea and fondue emoji on their way, perfect for planning your night out without saying a word.